I have embarked on three months of dry July's to make up for 6 weeks of June and July madness in Europe.  Long absences from alcohol are far easier than drinking socially in moderation.  Nothing should be done in moderation.

I find on such quests locking ones self away to sleep to ease into it is the best approach and this was made easier by the rain and constant threat of dengue fever in the tropics.  In all truth, coming off six weeks of fun is not easy and makes you suitably unfit to blog for fear of defaming someone as stupidly litigious as Colin Craig.  Jeffrey Bernard was actually unwell again.

What snaps you out of it however takes a decent amount of drive and determination and this week Mike Lee gave me such in spades. 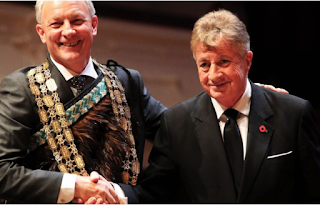 In a statement that can only be described as channelling the Dark Knight, Lee proclaims*:

"Because he's the hero Gotham deserves, but not the one it needs right now. So we'll hunt him. Because he can take it. Because he's not our hero. He's a silent guardian. A watchful protector. A Dark Knight."

* Seriously Mike Lee thinks Auckland is Gotham and he is some sort of Dark Knight. A man who is selflessly giving up his lifestyle to stand for the people. 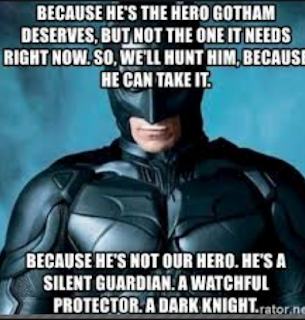 I am sorry not sorry Mike but all of Auckland's problems in local government over the last decade can be sourced back to people just like yourself and even you specifically!  Blaming "the system" doesn't cut it.  Especially when you are very much a part of the system.  Super city or not, Councils have always been bloody hopeless since branding from their core functions.

Age 70, just when you thought we would get rid of him for fresh blood, Lee just wants one more term!

Lee, aged 70, told the Herald it was his intention to retire at the end of this term and spend time with his wife Jenny after moving back to Waiheke Island last year, saying the decision to stand again was one of the hardest decisions he had made since being elected to the Auckland Regional Council in 1992.

When politicians start saying they want to "spend more time with the family" you know that the shit is going to rapidly ooze from their lips. As for a "hard" decision,  politicians all sacrifice their family life because they bloody well WANT to.  Their egos are that big that they are willing to put their own ambition before the family who then either like it or lump it, often the later.  Oh and it pays well for some people so their family can have nice things.  Living on the multi-millionaire paradise of Waiheke most people find to be a lot more romantic than it actually is, let alone the disastrous ferry service that Lee should be aware of and yes, unlike Batman, has done nothing about.  Lee keeps standing for office I bet so he has an excuse to actually come over to the Mainland.

"I am dismayed at the situation Auckland is in. I firmly believe the 'Super City is the worst thing that has ever happened to Auckland.

"The people of Auckland have to endure an arrogant, overbearing council/CCO bureaucracy, appalling financial mismanagement and waste.

You have overseen it all Mike in the past decade where the damage has been done!!!  You are the CHAIR of the Transport Committee and sit on the Board of AT for heavens' sake.

The good news is the political left have got sick of him more than the rest of us and in his dithering around have stood a candidate rather than endorse Lee.  This is contrary to the entitled delusional belief here:

In a statement issued to the Herald tonight, Lee said he has decided to stand again as an independent after being lobbied by council colleagues and supporters in the ward he has held since the Super City was established in 2010.

I have met Sarah just the once and she was positively on the exterior "nice" which is perfect for the saleability of a politician and even at 51 she is young enough to be Mike Lee's daughter.  She also looked quite capable of telling anyone she wanted to combine sex and travel and to their face rather than in a horrid passive aggressive way that women less sure of themselves tend these days to do.  Unlike Lee, she has had a very interesting life and seems full of good ideas and experience in thinking.  She also would never be arrogant enough to claim that she could not possible retire because Gotham needs her.

In other words, she will do, and I will be voting for her. Unlike the silly choice the right have for Mayor in John Tamihere.

My vote is leaning Tom Sainsbury and his alter ego Fiona at this juncture as my first ever protest vote. 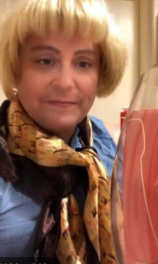 Have a nice retirement Mike, come over for your weekly coffee and stodgy cafe food in Three Lamps  where I would often spot you while I was virtuously exercising, and let someone else do the job.