What Now For Those Me Too Labour Kids?

- September 10, 2019
Yesterday we saw an open letter to Princess Cindy from those in Labour signed #metoolabour. 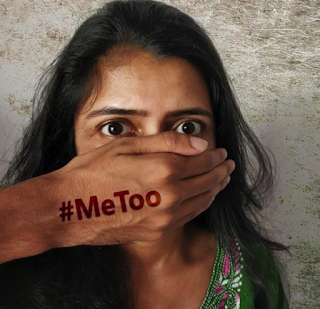 I will give the specific complainants and victims some unsolicited advice from someone who not only has legal qualifications but more importantly has worked in and around business and politics with and for scumbags for almost a couple of decades, on apparently the nastier of the two sides left and right.  I have also myself (cough) been involved in a shit-storm as such so perhaps learned a few things from that.  None of the advice I give is bias politically as it applies equally to left and right in this sort of situation, it is one purely of self-preservation for them and a bit of a wake-up call if they are currently naive and trusting.

1. Trust absolutely no one in politics

To Labour you are their biggest ticking-time bomb and a problem that someone will be asked to manage.   You have gone from in the business, an issue to a crisis. Collectively you can harm the only asset the party currently has stopping them from losing the next election - their Leader.  She is not your supporter, she is not your friend and she is trying not to appear your enemy.  She is trying desperately and her advisors right now to run as far away from this as possible so not to leave a stain as the feminist, pro-woman world leader who enabled and allowed an alleged sexual predator to operate from her office despite being warned about it.  "I believe the victims" cannot really be spun beyond yesterday can it without her actually not believing you if she does nothing?  Go and read Labour and the two largest left supporting blogs (TDB and The Standard), they are posting none too subtly that they do not believe you.  That somehow Alex Casey is leading some sort of vast right-wing conspiracy, right down to the #metoolabour letter being a "false flag"! "Princess Cindy babysat my daughter" so I trust her with everything.  That Paula Bennett is somehow some sort of strategic genius who orchestrated this whole event!!  The unhinging is borderline psychotic.

2. Ignore everyone senior in Labour who offers to help you

I refer to my prior post and gave the example of National Party "fixers", Boag and Hughes.  Right now Labour will be desperately meeting to try and have someone, anyone come over and speak to you to influence you to drop the whole thing.  Ignore them, they are not your friend.  There is great political currency and career mileage for anyone in Labour right now who can shut you all the hell up. You are a mark, nothing more or less, tell them to f*** off.

3. Put aside any chance of a future in politics as a staffer

This is now already NOT going to happen, if it does not for years.  Once you drop the idea that you will have a career helping politicians, you can actually start acting in your own self-interest and feel empowered.  You have seen how they operate you never should want to work in politics anyway.  Labour are meant to be the holier than thou nice party remember. Once you drop this idea you of course become an even larger crisis as they cannot threaten you or pay you off.

4. Do not talk to anyone outside of your current support group

The only people you can really trust are other victims in this matter and very cautiously Alex Casey as your voice in the media (do not go near Alison Mau).  Again there is great political currency and career mileage in Labour right now to be seen to have an in with you.  Now would also a great time to stop taking to National Party people as well. Your enemies enemy is not your friend.  It takes a long time to learn that one.

5. Work out what your end game is and work towards that.

Your lives currently are shit, people are saying things about you without naming you but everyone in the "beltway" will know who you are.  Every one of them will forget about this when the next scandal hits but right now you should be focusing on completing University and getting or maintaining a good  job doing what you want to do.  I am sorry if that was politics, but for the time being, choose something else.  Ignore and spit at every offer you get of help involving some promise of future loyalty from Labour or people connected to do with Labour if you behave in a certain way.  This will never happen.  Take what you can get for yourself right now and if that is walking away with nothing then it is probably better than walking away with a giant proverbial xxxxxx up your backside.  Which is what will happen if you or your family need to start paying lawyers.  As I have previously opined, Wellington's beltway works in the legal profession too and there will be precious few lawyers wishing and able to represent you taking on a political party that may be in power for the next decade.

The most important next step is whether you wish to make complaints to the Police and to do this "Sarah" will need a hell of a lot of support getting over the hurdle that her sexual assault evidence will be believed so long after the incident occured.  Having evidence from as many people about the scumbags behaviour will of course help but ultimately see above to #5.

What do you all actually want?

Because Pania Newton has apparently been up that cold hill in a wet winter for six weeks now waiting for Princess Cindy to korero.  Princess Cindy cannot possibly even think about going near you until the lackey QC has finished her report limited to the terms of reference else it completely undermines every answer MP's are currently giving that they cannot comment as an investigation is running its course.

And if you do have that meeting with her, what precisely is going to make it better?  There have already been two reviews, and inquiries and the token resignation of the President over many months more than a year now.  More promises to be better and do better.  No action.  That is her modus operandi and has been her entire career.

The crisis room on the 9th floor filled with advisors, spin doctors and fixers do not have white board arrows pointing towards you and caring about you.  Audrey Young in May did a piece on them all here and they are some of the most duplicitous, two-faced nasty scumbags the left have and they will frequently be used on their own rather than their political opponents.

Right now in the Labour Party helping you is not in the picture, the whiteboard and pen arrows, circles and squares from this lot are all about getting Princess Cindy out of this with her reputation untarnished.