Having watched The Laundromat I needed to think about how to review a movie containing a plot line with a  box of 2009 Dom Perignon when the vintage was not released until 2017, the year AFTER the Panama Papers.   The drinking notes have it best consumed 2019-2034.  There is a scene in the pool where Nikki Minaj's Starships plays, that was released in 2012.  It is all very chronologically twisted.  Let us forget about the release date of the Happy Plug gold earphones.....

In the same part of the movie with the same characters, bearer shares were being discussed as a settlement for keeping ones mouth shut for sexual indiscretion when in 2017 bearer shares were immobilised or straight out outlawed. In Seychelles that was spoken of, bearer shares were actually abolished in 2014 least of all for a bank account with HSBC Geneva. Not going to happen.  Most of this was cleared up well before the Panama Papers broke.

Yes it is JUST a movie. And very American, and this explains why facts do not care about your feelings, but the lack of facts quite possibly actually do. 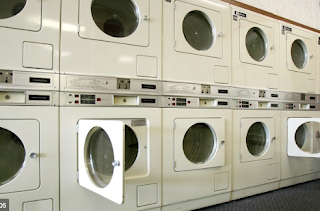 Yet apart from these glaring factual inaccuracies I thoroughly enjoyed the movie about our friends at Mossack Fonseca as by far the best promotion of my skills in the offshore world from the hack/leak were reported in the Australian Financial Review getting stuck into their incompetence.

The timid author termed it a "spectacular flaming email exchange".  The client never had to pay the fee and giving them a "how is your father" worked, as predicted once they asked around on Doctor Google and  realised I actually was being "moderate" in my communications.

The problem with The Laundromat is that it had to explain reasonably complex matters in 90 minutes.  While I think it lacked professional integrity using Mossack and Fonseca to narrate their own story, in the end I could not think of a better way of doing it, as John Doe hacker would have been far more limited.  The movie has an Oceans 11 feel to it, not surprisingly as Steven Soderbergh is the director.  I doubt anyone to do with the movie has actually spent any time with the two leads.  I have at a conference or two and they were both painted as a lot jollier than they really are.  Mossack in real life struck me as much colder, while Fonseca was the smoother of the two.

- The movie cuts into a real person character Malchus Irvin Boncamper sitting in an office in Nevis signing bits of paper for head office for $15 a time without reviewing the documents as he plays Solitaire on his desktop.  This is what is termed a "Panamanian stamp", it means what it says and Mossack Fonseca were renowned for it, and would have marked that $15 up to $100 at head office.  It was worse than portrayed in the movie as actual lawyers used to do this from Panama without reviewing the documents they would charge a line item for a signature, not just secretaries and those in offices around the world.  In between of course my beef with them of losing bearer shares as you were attempting to comply with the law by immobilising them under new laws of the time.

- The reinsurance narration is excellent as it is about as f***ed up in reality as you think it is.  The offshore companies bury the actual liability of claims.  All of this was perfectly legal and most trust companies had a separate division with an actual Chinese wall to deal with this, I didn't work in this division as actual lawyers were discouraged from ever knowing it existed.  Backdating legal documents in some of these jurisdictions in that era was perfectly legal as well wth a resolution or two.

- Nevis is like that in reality.  Having been to the 'Hunkins Waterfront Plaza" myself.  I didn't see PO Boxes as offices though so I would question that being true.  Also it would have taken in Nevis, Meryl Streep's character Ellen Martin all of 5 seconds to find Boncamper down the "Main Street" so that part is stretching the truth she was talking to him and didn't know who he was.  The highlight of Nevis is the Four Seasons Resort and not much else.

- Flying into Nevis in small planes is that in reality although again in that time era the plane was even smaller than what Meryl Streep flew in.  It was frequently blown around by weather.

- Boncamper's "arrest" in Miami was superb, right into the arms of his second family.  It added to the authenticity of Island life and made him a parody of several characters I actually know from the Islands with their dapper dress sense, lies to their own family and facade of professionalism when in essence they sign documents for $15 a time.  I don't know if the insurance authority actually had the right of arrest but it made for a nice story.  His arrest would have Mr Mossack looking a tad more sick than he did in the movie however.

- The electrocution of an employee who was director on 25,000 companies was ridiculous.  Why?

- The misuse of the term "shell companies" several times was irritating.

- The explanation of tax avoidance and evasion was short but excellent.

- Splitting the movie into five parts was a great idea to show the uses of offshore companies but would have been missed by critics who would have found it disjointed.  It drifted from the reinsurance, rooting, Chinese secrecy of dealings and Communist China and the ultimate compromising of western figures with sex and drugs that a certain leading NZ politician would be well aware of.

In reality Mossack Fonseca was far too large as a firm and took on far too much business via intermediaries selling shelf companies for $100 a time annual profits and fees for doing things on top of that.  Multiplied by 100's at a time might have made for good figures but it became a beast too large for two men to control. The easy money is to sell 100's of companies to lawyers, accountants and intermediaries for profit and to delegate out KYC requirements.  Again up until about 2010 this was perfectly acceptable.  Literally Mossack Fonseca would have had no idea what most of the clients were indeed getting up to.  Least of all their satellite offices, many that were mentioned on the website were not even their own Mossack Fonseca offices they were cubicle arrangements in other trust companies.

I don't know how their IT was structured but it was unlikely it was anything other than an inside job.  The computer systems of large trust companies are not structured in a way that anyone external can swipe the lot at once in a firm that big.  Mossack and Fonseca are never going to admit it was internal however as they would be solely to blame on more than one level.

The real strength of the movie however was dovetailing all this into the theme that the USA is the largest tax haven in the world and you do not need to leave the USA to profit from that.  Because it is true.  Nowhere else is it easier to open up a bank account and an "offshore" company onshore.  Basically the Americans ban everyone else from utilising offshore companies because they do not like the competition.

The director himself admits to owning five and now six companies in Delaware for different purposes.  Obama is dumped in the movie explaining away the legality of conduct of the Mossack Fonseca operation.  Nothing is different to those who write about how dreadful the offshore industry is yet use New Zealand's most popular and sanctioned method of concealing and protecting vast assets - the simple family trust.

Meryl Streep's character asks "who pays cash?" when told someone had paid cash for an apartment  in Las Vegas she wished to buy for sentimental reasons.  "Russians" was the response.  This was dated somewhat but goes to show again that the USA is the greatest laundromat in the world.

When will the meek inherit the earth? She asks as she sits in church.

Yet the whole movie she is anything but meek and in that there is the answer, and neither is the USA.  If you cannot beat them then you have to join them and that is exactly what the USA has done.