There Comes A Time In Every Relationship

- October 13, 2019
Where a woman has to stand up and say no to a man taking a proverbial dump in the bed and expecting her to lie on it.

It says more about a woman if she stays in that relationship at all pretending the male is ok, than kicking the retard to touch passing on his bullshit, lies and promises to another woman so she can be treated with similar disdain. 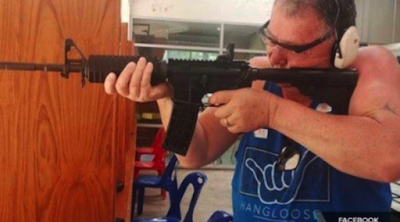 I think Cindy and Shane have finally reached that point of no return.

Shane Jones might think his "AR-15" rifle (if that is what it really is because Asia is notorious for overselling what you are firing) photos posted by Dot his wife and PR advisor do not matter and is "no reflection on his Cabinet position" but it is.  Fine, do what you want on holidays privately but this make no mistake was a public display of "f*** you little woman".

It says absolutely everything about his Cabinet position.

It shows he has absolutely zero respect for a woman in charge trying to do her best to portray an image to New Zealand that she has zero tolerance for guns that people have no excuse for owning.  She has been trying her best to get this into the New Zealand male psyche now for more than six months.

If Winston Peters was Prime Minister or indeed any other male, Shane Jones would not have been so stupid to do this.  We all know Jones isn’t stupid, he’s educated and does everything on purpose.  This makes all his behaviour ten times worse.

It is one of a long line of recent behaviours all designed collectively to undermine a woman.  He is doing this because she is a woman.

Jacinda Ardern may think she is a feminist but she's exhibiting absolutely the same behaviour that women are trying to move on from and that is putting up with vile shitgibbons excuses for men in the workplace.

She is harbouring one of the worst offenders.