- October 31, 2019
The Unions have been all hot under the collar yelling at SkyCity's responses to the fire.  As per the normal they are criticising left, right and centre.

The Unite Union claimed workers health was in danger.

They organised a strike and claimed workers were being "muzzled".

The water alarmists told us that the water was polluting the harbours and all wildlife was in danger.

Yet - hello - the fire was in all likelihood caused by one of maybe their members being bloody useless at his job.

What to do with that worker? Oh yes they want a safe space for him, a hug and even anonymity.  The Herald called the whole thing a "glitch". Good grief.

Yet when the CEO of any company oversees multi million dollar losses, disruption to lives and economic calamity they (the Unions and the media) want the CEO named, shamed, humiliated, run out of his/her job, the country and commence a campaign to ruin them.

A teenager - possibly an apprentice - is believed to have accidentally left a blowtorch unattended after going on a smoko break on Tuesday afternoon, igniting a blaze that took Fire and Emergency NZ nearly a week to extinguish and causing gridlock in the city for days.
A source told the Herald the teenager, believed 18, was working for a sub-contractor and after realising his mistake went back to his work spot only to discover a fire had already started.
"The poor guy is in tatters ... he's completely shattered," the source said.

As he should be if this is the case.  So far SkyCity have released this comment which is secondary to what will happen should an investigation find that this sort of error caused the fire.

"We're not trying to find them and get them back. We don't know the cause of the fire. We have concern for anyone involved. We're absolutely of that view. We need to get to the cause, obviously."

The first thing I would ask for is a drug test on any suspect although that may be a tad late now as everyone seems to have gone into a cone of silence.  The Herald have called in their rent a comment psychologist to make this stunning observation:

Chatwin said the teenager would be going through "a whole raft of stages of this that and the next thing before he comes out through the other side and makes sense of what's happened and just not beat himself up".

It will not be SkyCity's problem unless their insurer or that of Fletcher Building or the workers boss decides not to pay out.  Then it will be all on for love and money as they'll be hundreds of millions of dollars of damage and economic impact from the fire that someone has to pay for.  Smaller businesses in the area suffered greatly as well and it is unlikely they can be compensated at all.

It is fine to say that anything could and should be covered by insurance but the devil is in the details as quite often the terms and conditions exclude certain acts definitely of carelessness in this extreme. Insurers and re-insurers could be fighting for years about the liability in this case depending on the outcome of investigations into the cause of the fire.

If a worker caused the fire then why do they not get the same treatment by the Unions or the media as a CEO or senior manager would get for making a "glitch" that costs hundreds of millions of dollars?

Why would they not get a front page story, shaming and treatment?  The media name and shame everyone else they don't like, usually without all the facts.

Unite Union has called for the naming and shaming of bad employers. Why can't employers name and shame bad employees? 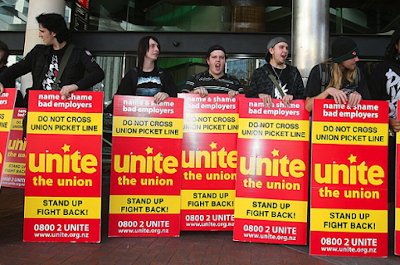