This is why women DO NOT RUN THE WORLD. 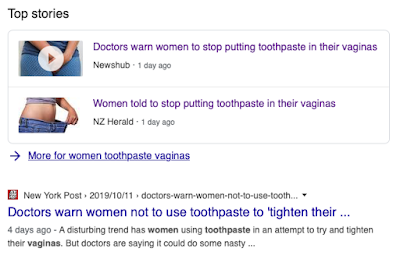 Is this what it has come to?

Seriously ladies. In the UK we have two WAGs well into their 30’s (so should know better) with husbands well past the prime of their careers (both had about one year of that), who women would not look twice at if they were not well-to-do footballers, scrapping over who sold out secrets to the tabloids. 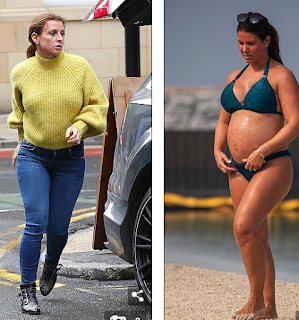 We don’t care who did what to whom. We are all just LAUGHING AT BOTH OF THEM.

Two very garden variety average grifters. No one clicks on this stuff other than to make us feel better that despite having more money given to them by their partners than most of us will ever earn by  ourselves (and most of us in jobs that don’t include a blow-job), they are all complete idiots.

Rooney especially, seems to be a brilliant detective, you cannot tell me she hasn't known all along who her husband has been shagging, and gone along with it! 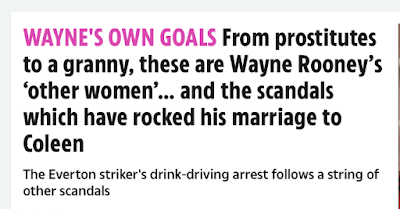 Vardy should have put out a press release through her PR stating that it is a nonsense and that she was not going to engage with a woman who took back a man for having sex with Grannys.  Gameover.

Yet we should not laugh. The NZ equivalent of Top WAG is the serious career girl, retired accountant Hannah Barrett, WAG of Beaudy who is currently our most crucial link to winning the rugby World Cup.

So what’s Hannah up to? Apart from allegedly forcing her husband to move to Auckland that I am told by Hurricanes fans is the equivalent of a Christian burning a cross.  She seems like a nice clean cut  girl with a  great physique using her instagram to flog all manner of things like protein shakes, ice cream (yes because we can see she tucks into that and chocolate), luxury lodges, clothing lines and shopping malls.  Good on her she is using her profile as Beauden's wife to make herself some money.

However I draw the line at this and need to call it out:

She’s selling her sweaty second hand knickers activewear on Instagram and clothes of her sister in law to be Jordie's missus, for a few bucks.  And I mean a few.

No. Seriously. Dignity. Hello how do you not know some horrid perve isn’t buying your undies activewear, double the price if unwashed?  And what NZ women are silly enough to be buying second hand activewear for $70 legging?!  Go buy something NEW!

When Hannah moves up to Auckland from Wellington there’s a place for that - Tattys.  It has great bargains for women in denial about their true wealth who refuse to admit if they cannot afford to buy designer clothes new then perhaps they should not be gallivanting around town pretending they can by wearing second hand stuff.   In Auckland you can imagine this is a big business and while I have never purchased anything from the place given the rancid varied odours along the second and maybe even third hand racks, I have sold rather a lot of things I bring back from travels every year that I need to get rid of and New Zealand does not seem to yet have in stores.

Get one of your non-famous mates to set up an account and sell all your second hand sweaty designer gears through that.

No one will need to know that you’re flogging stuff you got for free from Adidas or whatever, solely because you are with Beauden. Yes you have to pay 50% commission but what price for dignity?  At least the Adidas stuff would have been free to start with, you are already ahead!

I guess it proves though once and for all for all the doubters that you are indeed a true member of the accountancy profession!