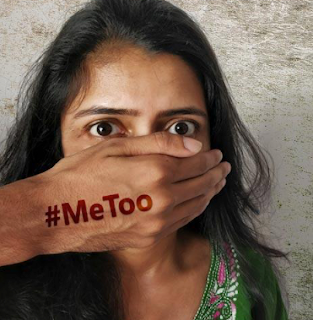 Judge Russell Collins has today effectively handed a free pass to sexual offenders under the influence of alcohol at parties to do well, pretty much whatever they like in front of him.

The judge discharged the young man without conviction.

During the August trial he was accused of having grabbed and squeezed a man's testicles, touched another man's genitals twice, kissed a woman on her neck and face and groped a second woman's breast and bottom.

There you go young men, fill your boots at the next booze up.....open season.  Try it down at the local pub tomorrow even.  You know, for kicks when you are pissed.


Rather, the judge continued, the offending - while not an excuse - was "born out of drunken stupidity".

"It may well have been indecent but that is no longer part of the charge."

So yeah it was indecent but he had a lawyer and powerful mates in parliament, possibly even a reference letter from a Senior Government Minister saying how great he is.  And the Crown dropped the indecency charges that the Judge has now said yeah were indecent....there is a word for that.

Speaking to one of the victims sitting in court, Judge Collins said he hoped - like all judges - for the power to "put victims back to the position in their lives prior to the offending".

"I accepted everything you had to say, I had no difficulty as the judge in believing you," he said of both victims, whom he said were impressive young men.

Right so the Judge believed everything the victim said but you know, what he claimed was not important and so they are wrong and the offender just, yeah, nah gets away with it.

How is this putting the victims life back before this happened?

The judge also said that everything he'd read about the offender, but for the night at the summer camp, showed he too was an impressive young man.

"I have obvious sympathy for him in the position he found himself on account of his own drunken stupidity."

The Judge has WHAT for the offender?   Sympathy for a pissed up immature yet older idiot of influence in Labour over these kids who ran around putting his hands down people's pants and kissing and groping other young people, of whom you have declared in court to one that he was telling the truth?

"Impressive young men" do not go around under any circumstances drunk or sober, putting their hands down pants and groping others younger than themselves.  Remember this offender had a history beyond the summer camp as well.  I would describe him more suitably as just a bit of a common shitbag.  It is also not like he is in a profession saving lives who needed to pass a "fit and proper" test, he was a peasant worker in the Labour Party!

The only thing the Judge did for the victims was dropping the name suppression order, this was of course immediately appealed and I bet remains permanent.

So now let us wait for Ali Mau to compose an investigative report into what an outrage this is.  What a smelly dirty cover-up it has been and an attack on the Judge for making the comments that effectively give "impressive young men" the right to get pissed up and touch and feel up anyone they wish.  The "impressive young men" defence is central to what she and all the #metoo movement hate.

Today all we have heard is how yeah nah it is not that important and the offender should not have a conviction.  Exactly the sort of behaviour that the #metoo'ers are usually outraged over.  Heather du Plessis-Allan interviewed, or should I say, curtly victim blamed the very eloquent and controlled victim and wrote a column saying what had happened was not really a very big deal. Let us see her reaction should a 19 year old "impressive young man" do the same to her in a bar at the weekend as part of some sort of drunken stupidity, and see her reaction on Monday morning's show.  The slightest touch on the bum or squeeze on the breast let alone a pash, and a whole bloody show would be dedicated to it as would column inches from her husband demanding tougher sentencing.

But no, these are just kids being kids. Really?

School is out for the year, parties will be coming up into fever-pitch and undoubtedly there will be handsy behaviour all across the country.  What a way to commence proceedings than for all those privileged entitled little shits "impressive young men" from Kings, Scots College and Grammar to learn a bit from Judge Collins.  Ali Mau will be outraged surely that they now have open slather to grope girls her own children's age at privileged nice white parties across the nation.  Thee who cannot be named is of course not white as can be seen in the pixelated shots to date, so doesn't quite fit the usual narrative.

Today Jacinda Ardern apologised as PM for an event in Erebus that occurred before she was even born.  The offender in this case has by the sounds of things not even apologised to the victims that he has hurt  by dragging this out longer than convicting Grace Millane's killer.

The victims are quite right to ask where is the justice in that?

And now the offender has escaped unscathed gotten right off, what is left of the Kangaroo court in the Labour party? Will Maria Dew QC quickly re-write her report? Is this why it has taken so long, that Labour were intending to wait to ensure their golden boy was looked after?  What will the Labour Party spin on it be? And have the victims by now been paid off with the promise of bright futures to come?