- November 11, 2019
Today in this hilarious interview with Peter Williams, Winston Peters mumbled his favourite ever legal word - subjudice.  Before of course then being successfully goaded into actually discussing an  element of his current litigation in the $63.57 amount and definition "demonstrably untrue".  Have a listen to it as it is a political masterclass in not explaining because it would be losing and Peters at his funniest best, leading into the finale where he destroys Hannah Tamaki on the way out the door. 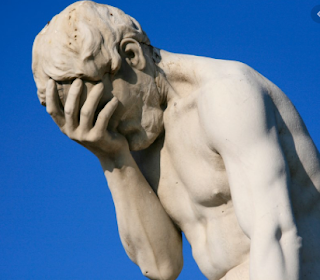 Bless his boomer/silent generation cusp heart but times have moved on from Richard Griffin's adventures via Tardis, since screaming its name "subjudice", gave him an excuse never to have to answer any questions from journalists.  A useful blog friendly summary on subjudice is found here from a former Judge.

Our courts have long recognised that some comment is acceptable.

The fundamental rule is that material must not be published which creates a real risk of prejudice to a fair trial. The courts have made it clear that there must be a real risk as distinct from a remote possibility of interference with a fair trial. Where the boundaries lie is the difficult question.

Are juries, and to a much lesser extent, judges, really likely to be influenced by media comment of a restrained kind? One obvious restriction is that previous convictions of an accused, or prejudicial bad character evidence of a civil litigant, must not be published because such evidence will likely not be admissible in the subsequent court case.

It is amusing, but insulting to the intellect of the leading Judge of the High Court to suggest he even reads social media (blogs, Facebook or dare he venture to Twitter), let alone could possibly be influenced by it.  He is not really in the demographic.

In this case a witness in Barry Soper published a column defending himself before the case has ended!  In that column he even gave a wrap around the knuckles to the public servants who are the defendants in the case!

But in all of this sorry saga the issue wouldn't have arisen if the public service hadn't alerted the politicians under the no surprises convention.

He also mentioned two other defendants chiding one of them for being "loose lipped"!  Then gave more of his opinion.

So the two former Ministers in the firing line Anne Tolley and Paula Bennett have given evidence with Tolley admitting to being more loose lipped than Bennett about the over payment.

Is that likely to influence the Judge?  Again, I am sure there are egos of senior mainstream columnists who would like to think they have power and influence over the public. Even if that is the case for a marshmallow brained few, this is not a situation where one is judged by anyone but a person skilled, competent and trained and with experienced over decades to form his own opinions and a ruling based on evidence and law.  Alas for Winston Peters, not Barry Soper's opinion columns.

In any instance, it is actually Peters taking the case, he is the plaintiff.

If he is upset about things written about him on social media as a plaintiff why was he not as concerned about what was written about Paula Bennett at the time of his Super leak that led her to actually have to speak with others that the hint of a story could be about her?

Why is he not concerned about Barry Soper's column mentioning the four defendants in this way?

In this case the public servants, Paula Bennett and Anne Tolley are the defendants.   Instead of grandstanding and being outraged about their dragged to court, they have all remained silent throughout.