Where is the Sri Lanka Call? 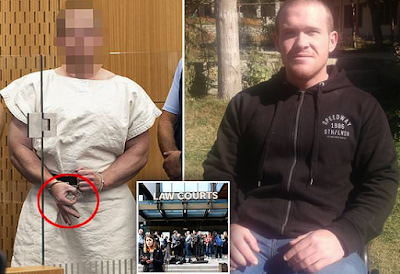 One lone Australian called Brenton Harrison Tarrant commits mass murder in mosques in Christchurch.  There is no evidence whatsoever he acted in conjunction with anyone else.  He films it,  fewer than 4000 people watch it live, everyone else watching it has done so entirely by choice.   Thee who Mother Ardern is too afraid to name Despite not wanting to give him a profile, Brenton Harrison Tarrant is now getting an entire world conference in Paris named after the city where he committed these atrocities.  Pronounced with a bad New Zealand accent the "Christchurch Call" has an unfortunate ring of another vowel in there....oh dear.  The man must be sniggering in his cell at the special attention his actions have caused leaders of the woke world. Patrick Gower is now scouting message boards from his desk to file shock horror news reports that in the world, somewhere, right now, oh my god - white supremacy actually exists.  Of course if English was not his sole
Post a Comment
Read more
More posts