Showing posts from November 1, 2019
Show all 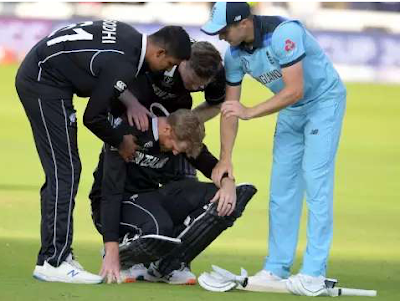 David Warner (33) had an absolutely shocking Ashes series. Martin Guptill (33) had an absolutely shocking Cricket World Cup. Who has done it better since? No prizes here.  Guptill remember was batting in England county cricket against players not good enough to even make the Ashes series. Today against an England experimental line-up he scored TWO. Seriously how much longer will the Black Caps persevere with a player who has run his selection solely on how good he used to be vs letting a young bloke take his chance to build to the Cricket World T20 in October 2020 and a combination with Munro? Guptill has at the most four more games to get back into it else his Black Caps career must surely be over.  He doesn't play test cricket and after the T20 England games it will be the end of January before India comes when he has any games he could be considered for international selection. There never seems to be any pressure on him to perform and he has a
6 comments
Read more
More posts