Funniest Headline Of The Year To Date

Pardon me? His OWN cash?

The only person with their own money and "job" in this is rather ironically Meghan Markle, who had a small role in a TV show with by industry standards a very moderate income.

And she has always been accused of being a gold-digger and social climber and vilified in the Press for such.  None of this will stop from this day forth, in fact it will only get worse for her.  She seems mentally very frail, along with Harry, it is Diana all over again.

Sure, she cannot afford her current lifestyle with the assets and income she had before meeting Harry, but very few women in the world could.

Anyway none of it is particularly interesting or matters greatly because odds on they'll end up divorced like the rest of the family it is just a matter of when and how much money she will get not to go on Oprah.

There are already odds on this.

Meanwhile most of us would be terrified to upset our Grandmother this much, especially with Grandpops so sick, imagine fronting up to Gran-gran? 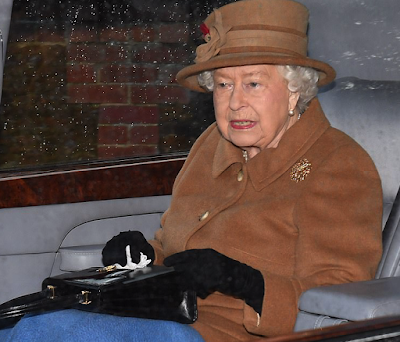