Name Suppression At Its Finest


Name suppression is something non-lawyers never understand and lawyers sometimes have trouble explaining. 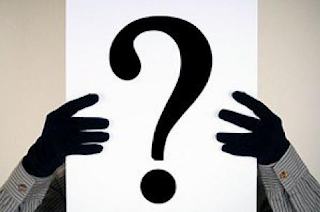 I can only explain where it is in this case laughable.

So in a case where an MP (#1) has loudly and publicly accused another MP (#2) of breaking the law and at his own instigation forced the SFO to investigate, there have been charges laid against four people.

The SFO came out publicly and released this information.

#2 as he has legal training,  did not stuff around asking his army of taxpayer paid communications people for advice and immediately and quite brilliantly came out and said he had not been charged or anyone still associated with him. The National Party and its officers appear completely in the clear and they have not used the $100k donation. They want to know how to give it back without breaking the law. Probably not an easy task given it now probably meets the definition of proceeds of (suspected) crime.

National leader Simon Bridges said neither himself, or anyone from the party had been charged.

This leaves the mystery as to the identity of the four who are charged.

Media reported one who was charged because despite lawyers screaming they could not, they legally could up until today - there was no suppression order.

Grounds for suppression are discussed here


Cause extreme hardship to the defendant or a person connected with the defendant
Cause suspicion on another person that may cause undue hardship
Cause undue hardship to any victim of the offence
Create a real risk of prejudice to a fair trial
Endanger the safety of any person
Lead to the identification of another person whose name is suppressed
Prejudice the maintenance of the law, or
Prejudice the security or defence of New Zealand

#1 previously had plastered himself all over the media accusing himself and #2 of being involved in an offence under electoral law.

I can only think of the grounds being one of two things I have not bolded.  The last listed grounds would make it all the more fascinating.

Ross gave police a secretly recorded conversation between himself and Bridges where they discussed the donation as part of his complaint.

#1 never seemed concerned with publicly stating he might have breached the law. It’s all over the media on search engines for eternity.

There is now name suppression as to who the four are who have been charged.  The Judge must have had a grin on his face and a wet leg coming out of the courtroom after granting that.

If you cannot work out who has been charged by now then seriously.....

You are too thick to vote at the next general election.