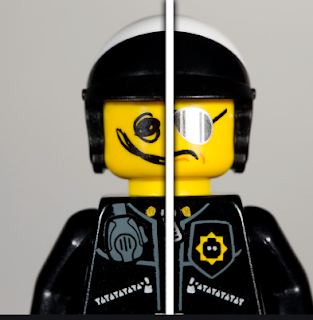 There has NEVER in the history of New Zealand been a more crucial time to have a proper fourth estate.

And to date we have yet to have one.  They have as a collective panicked, conformed and fallen in line in group think.  There has been zero critical thinking as they have huddled into their bubbles.  They need to harden the f*** up, stand up and apply some critical thinking into the situation we are now in.  Stop gushing at how exciting it is and how it is unprecedented, and actually look at how horrific it is in terms of the unfettered powers that politicians in western democracies worldwide now have regardless of their colours red, white or blue.

It is quite clear that senior members have been given the wink, wink, nudge, nudge and privy to all sorts of information and mechanisms behind the scenes of Coalition Coronavirus.  Reprisals and threats by some have been made that businesses better behave else we will hunt you down later.  It is horrid vigilante stuff.  Numbers from questionable studies from academics, scientists and statisticians showing deaths that will never bloody happen.  Coronavirus is truly a virus with excellent PR.

A few media have been invited into the tent, they have been given the free pass that is "essential service".  One has even gloated about having her own private plane to travel on when no other New Zealanders were flying on the Auckland to Wellington bus.  Hire a Hubbie is more essential in the scheme of things if there is no critical analysis.  After a couple of weeks, so too, hairdressers and nail technicians.

Government has deemed those publications that are not daily ones as "non-essential".  David Farrar has an excellent post on how outrageous this is.

The role of the media is not just to disseminate news. It is to hold the Government to account. It is to scrutinise. And while daily media do this also, they are sometimes so caught up in the day to day, you need non daily media also.

When a criminal is given a home detention sentence, he or she is allowed to know how long it will be for and the strict terms of that detention.  It is their fundamental right.

Why then now have New Zealanders been thrown into a home detention scenario, with a one month sentence, however with the right of renewal at the end similar to a bad online subscription service that you cannot cancel?

I asked when the borders would open and when home detention would cease?  What would the KPI's be required?

Fortunately the next day the pussy was well out of the bag and people started to talk about it.  Grant Robertson and Jacinda Ardern were both asked in round about ways and gave round about answers. Magic Talk and ZB both calmly covered it.

When Newshub asked if there are contingency plans if the country has to go in lockdown beyond four weeks, the Prime Minister said, "many of the plans we have in place have the ability to continue on," she said on Friday.
The four-week nationwide lockdown was effectively the Prime Minister telling the country, 'you're grounded', and if Kiwis misbehave, the Government will be forced to ground us even longer.
"The best chance we have of limiting the time that we're in this lockdown is if we obey the rules while we're in it," she said.

For those of us capable of processing news, this may be obvious.  The Joe Public however have trusted Ardern to put them in the safety bubble they now live, that this will be just a month and if we all do what we are told that will be it.  They have not been delivered that bad news from the Horse's Mouth, the Prime Minister.

She has not told Joe Public this news.  That no matter how well they comply to her four week Home Detention there will be more to come.  They will not be going overseas anytime soon.  New Zealand will not have overseas tourists back anytime soon.

The All Blacks entire season is gone.
The Americas Cup through next summer is gone.
Summer concerts are already gone.

Just a start for 2021. The largesse of ATEED should be disbanded immediately and funds saved.  Auckland Tourism is over. 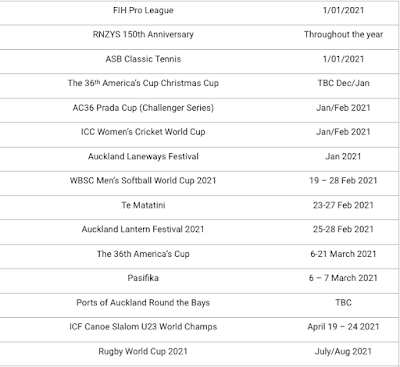 The conclusion is that Jacinda Ardern does not want to tell the truth and give bad news.

She is the good cop.

He is the bad cop.

So far the Prime Minister may have done "brilliantly" but she has not had to make one decision that is a hard one.  They were all made for her once the path of border closures was decided no doubt by Cabinet as a collective.

It is very easy to spend other people's money, to print from trees and worry about the details later.  Never in the history of New Zealand has a Prime Minister had such unfettered power.

Muldoon's grave would be stirring with excitement at the free run available here.  Ardern herself had the gall to invoke his memory the other day:

Which makes it all the more important the media wake up from their bubbles and start asking the hard questions and running hard stories about the long term strategies here.

Steve Elers has commenced the critical thinking required in New Zealand with an excellent piece.  To my horror this is his byline:


Steve Elers is a senior lecturer at Massey University, who writes a weekly column for Stuff on social and cultural issues


Too bad our PM didn't do the same thing for our country when it would have made a difference. People are going to die. But at least she still gives a smile here and there at her daily updates to the media. Smiles and hugs make it better, right? No, don't hug anyone unless that person is in your household.

Ouch.  Yes while Jacinda Ardern was on holiday in Australia of all countries, Elers, his colleagues and his immediate family with medical qualifications were apparently screaming she should have shut the border.  Ardern was encouraging Muslims to travel to New Zealand for the Christchurch memorial she was to attend!  Make no mistake up until that  day of the cancellation it was business as usual.

I first learned of the pending trans-tasman border closure while I was in Sydney overheard in an inner-city restaurant from loose lipped Aussie bureaucrats on the next table on the 13th of March as I was watching the Black Caps Cricket match I could not attend, on Kayo on my mobile phone.  At that point the memorial had not even been cancelled and various NZ MP's were actually in Sydney, having to scurry back by the Sunday deadline.   I wore my thumbs out texting everyone I knew in Sydney for the cricket or even wider Australia to stop drinking and get on the first planes back the second I found out, before the Sunday deadline for 14 days home detention. There is no way she led the Aussies in this.

Let us hope he keeps his job after telling the Emperor she is wearing no clothes.  It is this sort of critical thinking that the media should be reporting.  Right now.