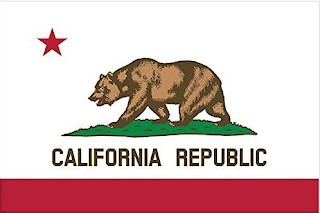 The moment has come.

When have we become so afraid of death that we have become afraid to actually live?

Because it is happening right now all across the world.

It is time for Americans and the great State of California to step up, lead the way and fight for the rights and freedoms that we all cherish.

The Mainland Chinese have got through Coronavirus because the people are used to in their history, not having rights and freedoms, so it is not an adjustment for their mindset.  They are also I suspect lying about being "cured" suddenly and the slowdown or flattening of their curve.  Let them into the wild of the world again to buy assets now at bottom dollar prices, and there will be a second and third wave of spreading this.  The virus was contained we are told at least in terms of mass death to Hubei Province, Guangdong and Zhejiang.

Restricting the movement of people should only make us realise how important it is to us.  The right to go and meet friends have a drink or dine together.  Take a holiday.  Associate with others, meet strangers.

Take this away for an indefinite period of time and what do we have?

We should have total anarchy and marching in the streets.  That is what we should have.  Instead we have stupid fucking celebrity hash tags #istayhomefor from their million dollar mansions.  Mansions even they will no longer be able to afford shortly with the impending financial crisis on a scale we have never seen in history.

No Kevin you are staying home and making it cool because you are an ignorant SHEEP.

No one can tell us when this will and can and is ending.  This could be the new "normal" for months on end.

And that uncertainty is making the situation increasingly unbearable.

The only way people are finding it bearable is high-speed wifi for streaming TV, work, school and entertainment.  Once that goes when everyone blows out the connection speeds I trust in the revolution of the People.

Right now a politician with all the data we know they are keeping from us, needs to step up and make the comment that until a vaccine and/or a cure is found there is no containing of this virus.  It has spread in the community everywhere and the only thing that stops us from having this declared is that testing has not kept up with how it has spread.  No country in the world has the medical facilities to provide the respirators and ICU's that will be needed.

In New Zealand the rumoured estimate is that some 70% will get the virus, a double digit percentage number (we are taking more than half a million people) will need to be in hospital and in New Zealand we have fewer than 1000 respirators of which a third of those people will need.  In other words the situation is completely hopeless if we believe the modelling that no one is allowed to talk about.  So either the modelling is very wrong that these drastic measures are being based upon, or the politicians are delusional they have a hope in hell of containing it.

The numbers of positive tests keep increasing rapidly because we are finally getting around to testing for it!  Look harder and of course you will find more!  On the back of these numbers that alarm the sheep out there, politicians are increasing their measures forthwith.

Californians, all 40 million of them now have their lives and livelihoods severely restricted for a period until well "at least" April 7th.  The only flattening of the curve that is happening right now around the world is the wealth of each nation. And the trees required to print all the cash they are pumping against each other for the race to the bottom.

Under the city’s order, officials said, residents are permitted to:


The problem is that while these restrictions in the circumstances may sound "reasonable" we know this is ONLY THE BEGINNING.  People in every Western nation know this.

Somewhere in Africa there are leaders huddled in a group the size of one we would now ban, pissing themselves laughing at shutting down western society in fear of illness and death.

Those in third world countries are used to abject poverty, diseases and not having enough food to eat, proper starvation, not the sort where you don't have a pre-prepared meal lying around. To put it crudely, white people and the many reasonably affluent African-Americans just are not used to this.  It is not a privilege, it is a right and a freedom our forefathers have earned for us.

To emotively say we are staying on the couch to save their lives being the at risk group is a misnomer.  Decorated soldiers actually went off to fight for the rights and freedoms we are now rolling over and giving up. Afraid and fearful the second we hear a cough or a sneeze (even though it is not even a symptom!).

Can you imagine any of these great American War heroes afraid of a cough and a sneeze?

On the plus side the dog is going to get extremely fit and people will be exercising more out of compulsion else they'll go batshit crazy.  Unable to get their favourite takeout and fatty foods, obesity may decline in the USA.

On the negative, ISIS know now how to end western civilisation completely - stick a bio-chemical agent next time this happens in the dunny paper.

We have all seen what Italy is like and the draconian restrictions placed on their lives.  In their little apartments.  Californians by comparison have huge homes.  It is not such a burden on them.  Try New York next and see what happens.

The next stage is California will be a total lockdown.  There will be no other natural progression to this.  Until enough brave people start to call bullshit on it.  New Zealand just looks across the Tasman to see what the next move is and it is not looking good.

This is the sort of shutdown of society that the Greens and environmentalists want permanently.  Well we are now seeing what living in their little world of utopia looks like and the novelty and goodness is going to wear off very very quickly.

Viva La Revolution California, please don't let us down.  If you are in a high-risk category to die from this thing, stay firmly inside in fear for your life until the vaccine is found.

Remember Trump is behind all this and making you all suffer first because he hates your State, act accordingly.

For heavens sake free the rest of us to go about our everyday business and keep the economy going to pay for all the "Qualitative Easing" forced upon us by a collection of inept Western World leaders.  All of them.  No exceptions in this at all.