When Will The NZ Borders Open Again? Sir David Skegg All But Said A Year 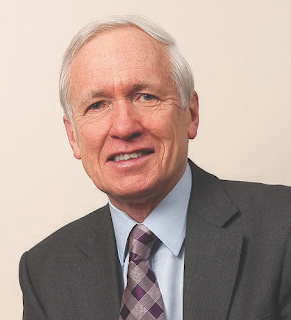 So now you are all “safely” tucked up in your blankies in "lockdown" in New Zealand (or whatever you call it), with the first month planned out for you all, has anyone contemplated with some critical thinking -

When will this all end?

a) locking you in your homes
b) locking New Zealand's borders
c) What are the KPI's and targets for a) and b) to be lifted?

Because there is no point locking the borders, eradicating "the virus", to then have "the virus" re-emerge and infect people who have been in "bubbles" is it? 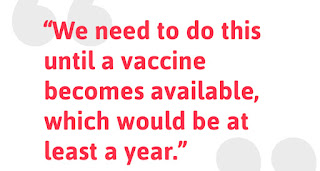 Winston Peters kindly and then very forcefully asked then directly told 80,000 New Zealanders overseas to all return home.  At once.

That act alone has probably added weeks even months to the eradication process given the new cases coming in on planes.  That and it still seems that the focus for testing is on travellers but never at the border. The nicest and kindest thing you could do as a patriotic New Zealander was ignore Winston completely and not come home at all during this social (and in my view completely mad) science and medical endless experiment.  Some 10,000 are expected in the next five days.    They will shockingly not be tested for coronavirus on entry, just given the once over lightly for symptoms (you know when if can take days for these to develop), if they have a place to go directly to they can go there.  The others will be quarantined. Madness.

This exercise alone is setting you all back weeks in your homes and if the month extends further it will be this act you can thank.

The natural answer for going to so much effort and expense is to keep going and turn New Zealand into The Venezuela of the South Pacific and lock the borders down for visitors or returning and holidaying New Zealanders, until a vaccine is found.   Is this the strategy?

A new nation emerging as perhaps we can call it, Jacindazuela?

Has anyone had the balls to ask Jacinda Ardern and demand an answer as to what her KPI's and deliverable on this actually are?  When will the borders open? What "level" in her "show and tell"?

For the year ended March 2019:
Total tourism expenditure was $40.9 billion, an increase of 4 percent ($1.6 billion) from the previous year.
International tourism expenditure increased 5.2 percent ($843 million) to $17.2 billion, and contributed 20.4 percent to New Zealand’s total exports of goods and services.
The number of short-term arrivals to New Zealand increased 1.3 percent over the same period.
Tourism generated a direct contribution to gross domestic product (GDP) of $16.2 billion, or 5.8 percent of GDP.
Tourism is our biggest export industry, contributing 21% of foreign exchange earnings.
The indirect value added of industries supporting tourism generated an additional $11.2 billion, or 4.0 percent of GDP.
229,566 people were directly employed in tourism (8.4 percent of the total number of people employed in New Zealand), an increase of 3.9 percent from the previous year.
Tourists generated $3.8 billion in goods and services tax (GST) revenue, with $1.8 billion coming from international tourists
(Source: Tourism Satellite Account 2019, Statistics New Zealand)

Many of you may not care about that and have gone all nationalistic on us.  Hundreds of thousands of jobs and people and families rely on the industry and possibly just as many suppliers and creditors and their families, and with it indirectly even more jobs.

But think of this while the borders are closed:

Your international holidays without 14 day quarantine on return - gone

That is right, while this is happening it will be impossible to go on school holiday overseas, pop off for a weekend in Sydney.  No more travel without extensive time when you return away from family or work.  That is if any airlines but Air NZ within six months can fly you there and back.

I wrote about this the other day and in some circles was criticised as being negative.  Sailors would have to complete a quarantine first if the borders were still closed and the non-resident restrictions were lifted (assuming this).  This may be insignificant to you but what overseas tourist or high net-worth spender on a boat, is going to want to sit in 14 days of home-D before going to tour around the countryside splashing cash?  If there are any flights left by then as next to no one would be travelling from New Zealand in the other direction.

In other words all those economic benefits of throwing the party to the NZ economy from tourists and wealthy people - gone. The event itself would need a government bailout just to be hosted as it would be uneconomic, the numbers just do not add up.

The reasoning as to why this end date or trigger for it is important for this nation-wide science and medical experiment, is that the rest of the world has not been so vigilant as they tested for it first, do not have New Zealand's advantages of being miles away with easy to control borders, and lastly do not have gun-shy politicians afraid of anyone actually dying from the "virus".

It is naive to think NYC and London and the big cities of the world do not already have a massive percentage of the population already infected with just simply the amount of hands on the tube or subway, then unwashed before they meet takeaway food. It is frightening this is just one of hundreds of ways of transmission.  That’s before considering the Wuhan Virus can exist for days on all surfaces unless thoroughly cleaned.  Like Sir Owen Glenn's yacht it really is "Ubiquitous".

New Zealand's politicians in the panic seem to prefer Venezuela as a conclusion.  No one in the Opposition is acting like it and asking these questions. The media seem compliant in Jacinda’s “bubble”.  To now they have self-censored us from the truth and that needs to change now Skegg has let the pussy out of the bag it was in.

All the figures seem well out of sync with each other predicting death and infection. The modelling, estimates and guesses lead me to conclude a massive case of NFI or no fucking idea in the science and medical community so their only option has been to scare us all into the most  conservative of options which is to go into a bubble.  Being conservative has no cost to them, they can always claim they saved lives. There is zero accountability.

You think I am scaremongering applying some critical analysis? No.

Ryan Bridge had leading Epidemiologist “cootie expert” and Rhodes Scholar Sir David Skegg on his Magic Talk show today and he was on ZB as well. Skegg was of the opinion that it would take a year before a vaccine was found and affirmed comments above that it was no point in going through the "NZ (S)Inc" strategy without closing the borders until there was a vaccine.  You could assume currently he is close to advising the decision makers on what is currently happening.

He has opined on Newsroom in a recent piece here:

And new questions will keep arising over the next 12 or 18 months, before there is any hope of an effective vaccine becoming available.
Our response to this challenge will be successful only if the Government accepts that it cannot have all the answers yet. It needs to commit to transparency and openness about scientific advice, just as in other areas of decision-making.


Ryan Bridge I think was too much in a bubble himself to ask what this all meant but anyone listening carefully would have understood perfectly.

In between the wailing and whinings of Joe Public talkback ratting on people they think are breaching the lockdown rules, everyone seems to have glossed over what Skegg was actually saying.

It was all bad.  Yet none of the NZ media currently in the Jacinda Bubble have pricked it yet to ask her these tough questions. When will the country turn into Jacindazuela?