This Is Why You Don't Take Paycuts - Mediaworks 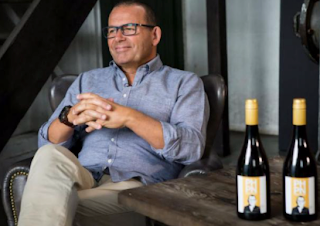 But could there be a worse time for Mediaworks to bring him back?  I wrote advising against taking paycuts from corporates over Easter. Henry alleged 87% of Mediaworks staff have.  That means 13% are smart.

If the business really is struggling that much it will not be around in three or six months anyway.  If he or she is genuinely a top guy or girl you have known for years then fine, but other than that it is basic Stockholm Syndrome keeping people around.  You are a servant and he or she is the master, you have no equity in that business in the good times why are you having to take the downside risk in the bad?

Controversial television presenter Paul Henry says he has charged a fraction of what he usually would to bring Kiwis a programme about what life will be like after the coronavirus lockdown.

Considering he has not worked in years and has lived in Palm Springs doing nothing contemplating where to take his yacht next, I would have thought his market value was pretty low given the limited market for his services. Just like most New Zealand media frontpeople, he has proven not to be an international hit on screen.

"I am not doing this programme for free because to do it for free would be to create a false economy and it would literally be to steal someone's job," Henry said.


Yeah, well if he is on retainer as rumoured, he is in effect taking some of the 15% of the paycuts of other Mediaworks staff.  Mediaworks should have just get rid of his retainer and if the show was such a great idea used the skills of one of its many other staff to front it.


"But I'm doing it for a fraction of what I would have charged to do a programme like this two to three years ago when I was in employment."

Yes because those days are well gone.

The optics of his return are appalling, the show is on at 9.30pm anyway but I guess the good thing with the lockdown and next level social distancing, is that he will not be subjected to the hissy and screaming from Mediaworks colleagues as they will be at home.

And it is bound to upset the snowflakes on Twitter and that is going to be way better entertainment than the show ever will be.