- May 29, 2020
League is not my favourite sport by a long stretch.  However it has re-emerged from the pussy ashes of Covid-19 and has the distinction of the first large sporting endeavour internationally to restart.

Sure it has sound fx for its crowd (that are great) but after the demoralising last live sports experience that was my utter disgust being in Sydney for the last great sports event,  the Black Caps playing Australia at the SCG, that I was told I could not attend, this is progress.

I still remember that day and will forever. 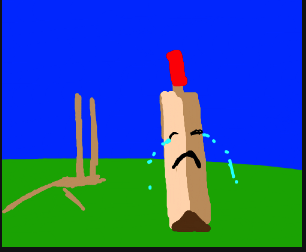 I went to F45 in the morning, I walked by Chloe Swarbrick and some Aussie Green Party bad hair weirdo outside the Australian Federal Police building on my way home, had a shower to cleanse me both from the F45 and walking by Swarbrick, got changed, then found out the news I could not go to the Cricket.

I could not do what? I needed immediate retail therapy. I bought a pair of shoes and Lululemon  workout get up.

The only person in Sydney at that point who couldn't go to the cricket who wanted to was Ron Brierley as he was on bail.  Here we were all being treated like paedos.  Unfit to sit next to each other for fear of catching something.

It was so depressing I regrouped to the best Friday lunch people watching place in Sydney called Felix and logged into Kayo sports and watched the match on my phone.  Others were in pubs not socially distancing watching the game played to pathetic echos in front of no spectators.  The situation was ridiculous.

It was demoralising. So demoralising my bill was very very large as I knew if Scomo was this much of a pussy and Australia was buckling to this nonsense the happy end to dining out was near. I spent the next week making up for it before fleeing a city where the Chinese students in the few inner city supermarkets had bought all the toilet paper, masks, vitamins and to my horror prawns and Halo ice cream. Seriously Halo ice cream, I thought the Chinese were lactose intolerant and the bloody Halo ice cream was gone like the dunny rolls. Pricks. The result of the Cricket was not even important.  The most important thing was Australia had cancelled spectators at a Cricket match. Yes and the Halo Peanut Butter ice cream was gone for all love and money.

At that lunch I learned that the world was closing, New Zealand's borders were about to be closed and everyone with me from New Zealand needed to get home on the next flight as they exercised change details on their Air NZ apps, later on with the waiters assistance.  We learned before Cindy announced it as at the next table were Australian politically connected people with loud mouths who were delivering the most astonishing news ever.  I started relaying the news home and Kiwis couldn’t believe it and thought I was having a far too nice time at Felix.

So the fact that Australia has re-started sports in the world is excellent.  I have even paid for a feed from an official source watchnrl.com.  To financially support their brave decision.  I will do so when Super Rugby NZ starts. I can’t wait for that.

Covid-19 is no threat to Australia or Australians.

The empty stadiums are terrible. I would say heart-breaking but that is a ridiculous adjective. I save that for when Grandparents die or your family cat.  Everyone is heart-broken these days you will realise. Seriously "heart-broken" is the response for twats communicating with a Facebook friend of a friend of a friend who has had their cat die.

I would be heart broken however  if I was a member of the family or friends of Labour candidate Jerome Mika who is one of the nicest, kindest, most reasonable candidates they have ever had.  I have met him a couple of times and he was the sort of chap who already should be a Labour Party MP if there was not something else holding him back. I suspect it is something as noble as being there for his wife and kids and seeing how crap politicians lives become. He possibly has worked out that he looks good for the photo shoot but Labour are never going to promote him to anything but ethnic portfolios and to brag they are more diverse than National and feel sanctimonious. Watch the link I have placed above without the tears welling up.  It is the quietest I have ever seen poor Jerome who is quite rightly shattered and I wish him and his wife all the well in the world at this time.

He is also a good Trade Union man but the family are league people (mixed in with a bit of code).  His little boy was a league person and he is described probably how his father could be so the tribute is lovely.

Josiah played league for the Papakura Sea Eagles and although he was a dominant player, he often took new kids under his wing.

Jerome had to farewell his young boy during this stupid period of lockdown under these stupid rules when New Zealanders had the same threat of catching and dying Covid-19 than well nothing.  Under normal circumstances his family being Maori and Samoan should and would have had a thousand there.

Julia and Jerome said their son fought "bravely and courageously" until his death on May 16.
Coming from a large Samoan and Māori family, the restriction on visitors was tough, with hospitals at times only allowing one visitor in a bid to stop the spread of Covid-19.
"We had situations where we could only have one [visitor] at a time, and it was quite hard emotionally," Jerome Mika said.
"Trying to adapt to the restrictions ... trying to be there for each other and our boy, it was a very full on time for us."

I will say it more succinctly.  It was bullshit what you all had to go through, heart-breaking and I trust that someone in Labour reads his account and thinks to remove all restrictions immediately so not one more family in New Zealand has to go through what the Mika's and their friends did.

Because every race of person is suffering in their own way from this crap. Large Maori and Polynesian gatherings are as essential to their communities and  happiness as going to nice pricey restaurants and standing close to each other are to us white folk, a large table of yum cha is to the Chinese or a steaming buffet at the curry house watching re-runs of the cricket is to Indians.  New Zealand should have been at level 1 at least 2 weeks ago if the white liberal "experts" all fame whores for New Years Honours, had been put in their damn place by a competent Prime Minister and alert coalition Partner holding the balance of power (that means you Winston).

In the meantime we get to watch the Aussie Sea Eagles play the Bulldogs on Sunday.

Never fear Ashley and Siouxsie have their next jobs secure at the WHO. So it’s all been worthwhile to get them this fame.

But stay home, save lives, team of 5 million, lock in the gains, be alert. Watch for that seventh wave in 2022 about to hit the nation!!