As I detailed yesterday, the Americas Cup incoming crews are delayed waiting for answers.

Robbo has stepped in and made an extraordinary admission that the incompetence of his Coronavirus Coalition could hurt the Cup.


Economic Development Minister Phil Twyford admitted that there was uncertainty over how the pandemic will affect the Cup, but said the Government is "highly motivated" to see it go ahead.
"At this stage it is hard to know the extent to which Covid-19 will affect the 36th America's Cup in Auckland, however there is likely to be some impact," Twyford said.

It is quite easy you muppet. It should not.  You are in charge to make sure it has NO impact.


Robertson said the Government is working on providing more information to teams.
"Obviously they [the teams] want to be in here in the next couple of months. We need to be able to at least give them a response before that time.

No you should be able to give them a full response NOW.  That the "Government is working on providing more information" says it all.  You are clearly not.  Speaker Trevor Mallard made his colours known well today in tribute Team NZ attire.  He must be tearing the last remaining follicle of hair from his head with the bullshit incompetency from his gutless junior colleagues stuffing this up. 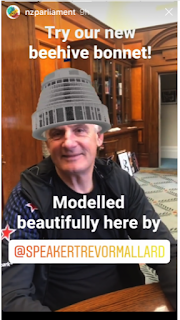 So this comes on the wire today: 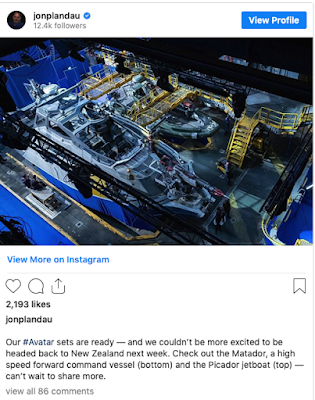 Avatar is possibly the worst movie franchise that the world has ever seen despite its financial success to millions of disciples who live on planets that only weird men who live at home with their parents and sit in dark rooms in their underwear, can imagine.  It does appear though through the announcement on Instagram by its head weirdo Producer to be allowed to resume production in New Zealand and import its overseas workers.

Despite New Zealand having you know, a strict incoming travel ban to foreigners.

As you all wait at this level 2 for the "second wave", and no doubt Ashley Bloomfield will make up the threat of a third and seventh one just to be sure as last year he and incompetent officials oversaw the exportation of measles killing almost 100 cute Samoan babies.

James Cameron is as you know, a very wealthy American who speaks out regularly against the backbone of New Zealand's recovery in farming and was not even in New Zealand for the lockdown period.  Again bringing into doubt this whole ballocks safe haven excuse for flogging off cheap NZ passports to those who google search New Zealand and immediately our idiot media decide they wish to come to New Zealand to live. Cameron was allegedly in California!

So it is okay to grant exceptions to opening the borders to film luvvies so they can be given the chance to quarantine, but everyone else seems to be waiting in line to be shipped off to little box units in hotels and supervised daily walks that would not even put you in a calorie deficit given the nutritional value of the meals that have come out of Instagram from detainees thus far.

Poor old Julian Savea is going to be doubly unemployable and as slow as a bus that cannot leave the Wellington station, after his 14 days after following his quarantine diet posted by his wife on Instagram.

The first thing National under Todd Muller's leadership needs to do is press fast and hard to open the border immediately for anyone to visit New Zealand if they quarantine, and put a procedure in place.

Look to technology overseas to allow this to happen from my second home in Hong Kong so you can go home to do it, because my next question is: 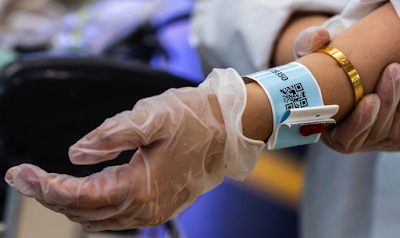 When Mr Jon Landeau comes back to New Zealand, is he going to be in a hotel room all day, or are he and Mr Cameron going to get quarantine exemptions to go to more luxurious surrounds?

James Cameron at the Jet Inn Airport motel? I think not.

A useful NZ Herald tabloid reporter would start stalking the incoming Air NZ flights from Los Angeles to see how this is going to work, there aren't many of them to track.

I have no issues with rubbish movie franchises filming their ridiculous crap in New Zealand and giving a few jobs to luvvies from Ponsonby and Freemans Bay, I just ask the basic questions of why is there one law for their business and not a law for the clientele of New Zealand's (former) largest export earner in tourism, or foreign students?

Or indeed like a few friends of mine have suffered, some elderly who just want to have a basic shag with their partner who is stuck overseas and has no legal status to get back!