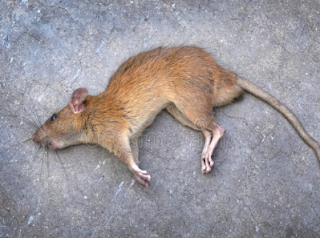 Peeling back the ineptitude of the last week leaves me with one question:

Who was the dirty journalist that ratted out Hamish Walker to the Labour Party?

Because you never call an inquiry as a government without already knowing the answer to the question.

So far we know the email attachment went to Boag and presumably others then from Boag's gmail to Walker who sent it to more than one media outlet.

Here is Jo Muir, a Red Radio journalist breathlessly bragging how it all came about.


In an attempt to defend his comments, Walker told RNZ he would send information showing the country of origin of the Covid-19 cases.
He said RNZ could put the information to the minister in charge of quarantine and isolation, Megan Woods, on the agreement he remained anonymous.

The sanctimonious and utterly breathless part on accepting the information shopped - is this:


RNZ did not anticipate being sent such a serious privacy breach.

Oh just come on FFS! Really. Journalists are sent this sort of information all the time and win awards from laundering the information from contacts and sources into scoops and investigative pieces!  Muir is doing it now, breaching her sauce in publishing this story!

We all know and accept in retrospect that Walker made a dick move in sending a list of Covid-19 patients to media that was given to him by Michelle Boag.   Let alone Red Radio.  Forget that, it is done and dusted as they have both fessed up.  The only issue really is why Boag received this list and the ineptness of the Ministry of Health that we all know is held together by the rather limp wrist of Saint Ashley Bloomfield, one of the luckiest but inept public servants on the right side of history, around.

All Walker had to do was shut up and Mike Heron QC would not have found out anything substantive in his inquiry.  Even someone of his experience would have been chasing string around a room with the ultimate road block from the Fourth Estate.

Journalists cannot reveal their sources and do not have to.  They would have had to front at the inquiry and not rat because to do so their careers would have been over.  Journalists have done so and blabbed in inquiries to in their own silly minds save their own skin and no one shares decent spit with them again.

It is deeply frowned upon. The public interest has to be extremely high for them to be compelled to reveal their source.  Walker shopped the information not so the names would be published but a Minister could be held to account after calling him a racist. That in itself has public interest.  Does anyone seriously think Walker wanted these peoples names published? The context of him providing the information was to journalists on the basis he had source protection and that they wouldn’t breach the privacy of those people and actually publish the names.

Every journalist receiving the Walker email would have had to front at the Heron inquiry and stand firm on this principle or die by it.

Politics and political journalism relies entirely on the place leaking like a sieve so none of what happened is particularly alarming. Journalists have all received information from politicians of all sides of the fence they should by right and laws, not have access to.  They all openly bloody solicit it! Granted the politicians are never quite that dumb to hand the information over themselves unless they have deep trust with journalists they work with, but there is more than one way to skin the cat.

The dirty journalist may not have published the information sent to them by Hamish Walker but one of them did the extreme dirty and had a word or wink in Labour's ear and suggested such.  You only had to look at the beam of Chris Hipkins face to know he already knew.

Michelle Boag will be now after that dirty journalist.

Hell will have no fury after the amount of filthy effluent she has swallowed today in her statement that read like a precedent from a speech at Narcotics Anonymous.

There are some departing international flight options available tomorrow.  I suggest the dirty journalist book one of the following.  Their life when hunted down will not be worth living.  Rarotonga looks pleasant. 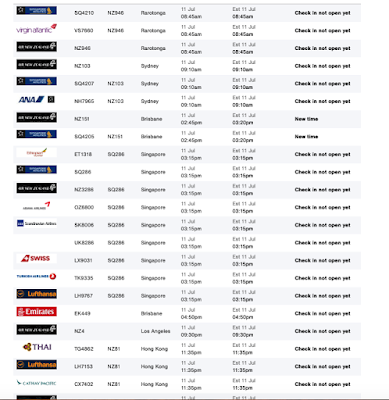 And for everyone dancing on the supposed grave of Michelle Boag today, good luck.  Boag is a marvellous friend to have, and an equally terrible enemy to have.  The safest position in life is to have her oblivious to your presence on the planet.  I have observed her over the years perform amazing acts of charity for the downtrodden.  I have also observed her shred people without them knowing they are missing the layer of epidermis.

One day of enjoyment could lead to plenty of agony in the future for you.  I am sure she is watching.