UPDATED - Hooton Should Be Benched For The Rest Of The Campaign

- August 06, 2020
The case of Matthew Hooton gets more curious by the minute.

He is back as a columnist for NZ Herald now? Really.

Hooton is a premier columnist and is one of the very best political commentators in New Zealand.  Primarily the reason for this, is that apart from his ability to write like a filthy little bitch of an angel, he's on the payroll for all manner of political interests from unions, corporates and at some point if not paid for in dollars, in favours from mates, to plot coups.

Apparently according to the Herald, he was Todd Muller's speechwriter.  No one I know on the centre-right actually knew his role in Wellington.  If he wrote the speeches it means he had one good day at the office for Muller's excellent first speech followed by 52 very bad days of absolute calamity.

For a metaphor for his time in Wellington we need not look past Beirut. Quite timely as it is only a matter of moments before his Move The Ports campaign, probably through the golden tongue of Shane Jones mentions it in passing as a reason to move the Port even further away than Whangarei like to Palmerston North. 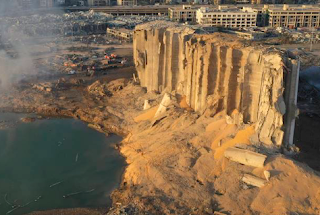 Hooton's column today discusses issues relating to a situation that just a week ago he was the centre of and responsible for!

The problem for National is that, even if it is right on all these points, debates over debt levels 10 years hence are unlikely to excite too many voters.


"Better economy" will need to mean something much more proximate and exciting than which party would have more room to borrow again should a new crisis hit in 2030.


Alternatively, Collins will need to hope for some type of miracle — say, a minister or two being arrested for fraud or something.

Did NO ONE think in National to make Hooton sign a contract to the election stating that if he left Wellington he couldn't blab his mouth through print and now I hear as a guest on Magic Talk on a panel with of all people, Martyn Bradbury?

A better case for someone to be put in 7 weeks of managed isolation I cannot find. National should have commenced their policy early and paid for it.

In the column Hooton even attacks the verbose silly slogan that we can assume he was very much central to creating!!

But, whatever happens with the data, National's campaign slogan of "Strong Team, More Jobs, Better Economy" has taken another hit. It is only the third bit, "better economy", that remains credible.
Collins has less than a month before early voting starts to give meaning to that slogan.

Only Matthew Hooton could get away with the professional absurdity of going from:

- Herald columnist using his influence in print and radio to assist in conducting a coup on Bridges.
- Quit Twitter and Herald column to work in Wellington for nine weeks.
- Lead a disaster of a transition with Muller who then collapses under the strain of it all.
- Stays on with Collins it appeared prima facie quite happily else he would have exited with Muller.
- Quit for the old chestnut of “travel demands and family reasons”.

- Then basically pretends it all has not happened and reverts to writing about the very election campaign that last week he was in the middle of working on for Collins and National!

Bringing someone like Hooton on-board your campaign may seem like a good idea at the time but there was zero consideration for the simple fact at some point with his personality and skittishness he was very likely to quit when he felt he was not ahead and it got a bit boring.  A basic "non-compete" clause should have been standard in the contract preventing him until the day after the election of all media roles.

It is now going to be a toss up between Hooton and Winston's Brexit Bovver Boys Wigmore and Banks, as to the most damaging experiment of the 2020 election.

Update: Of course it made for good radio (and even Bradbury was relatively silent so that is a plus) and NZ media must be rubbing their hands together for ratings having him back, but I can summarise the "Working Group" today with this: 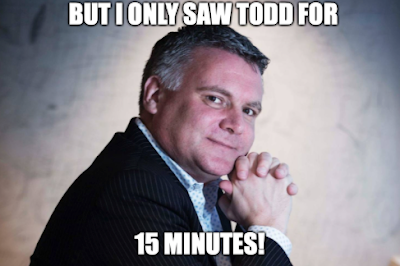