Me Maori Me Minister!!

As predicted Peeni Henare has performed like a trained seal and not suggested but DEMANDED he become the next Minister of Health.

I asked back in May whether Labour would dare appoint this ticking time bomb then. 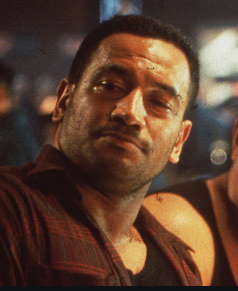 Henare is at least consistent in his chest-beating, he has been lobbying his superior Maori superpowers in possibly the most important portfolio in government. It’s easy being Finance Minister presently handing out printed candy with gay abandon.

Henare bagged National for their lack of diversity, yet was overlooked when ginger Hipkins got the grown up Health job to add to his numerous other roles.  Imagine back in May the disaster the portfolio would have been with Henare fronting the health response?  Mind you he may have kept out of the Rangitata doing some essential work.

What has this twit ever achieved? Seriously.... He would be butt-smacked by the Greens let alone National and ACT.  From a centre-right perspective I applaud his possible appointment. He would make Kelvin Davis look like a superstar.

Labour are going to continue to treat their Maori MP's like the pet poodles they are.  They are going to pander to the centre white voter and Maori are going to make very little advances in the separate State of Aotearoa they all wish to work for.

Kiri Allan is another touted in the tipi for stardom, quite why other than being out there and too scarey to ever question.  I am not one to make this claim lightly - the woman makes myself look like a very safe and well-behaved pair of hands with the keys to a fully stocked fine champagne cellar.  For that reason I like her but think she is completely unsuitable for higher office.  Which probably means in Labour she is a shoe-in.

Labour received overwhelming support from Māori, with more than 60 per cent voting for the party. It now has at least 15 Māori MPs.

Maori have always supported Labour.  Outcomes?  A bunch of Associate portfolios, that when the whitey stuffs up they are overlooked yet again for a promotion because not even Labour are stupid enough to hand them jobs they cannot actually do.  Nanaia Mahuta is a senior MP, she's now 50 and has been in politics since 1996 - 24 years! We never hear her fronting a damn thing that is crucial as she cannot string two words together.  She has been hidden in a basement for 24 years. She should be the Maori MP elevated to Health by now, she is never mentioned in the mix.

To put that the calamity of Mahuta into perspective, Chloe Swarbrick was TWO years old when Mahuta was elected. Astonishing.  She has already achieved more than Mahuta has in a lifetime.

John Tamihere has given Henare the stamp of approval.  Not for any real reason but his Gramps would be proud.  Oh dear the Maoritocracy runs rampant again.

“He has spent three years as the associate minister, he has done the apprenticeship and it would make his grandfather’s father extraordinarily proud for him to be made a minister.”

The Tamihere's, Jackson's, Henare's and Mahuta's of the world are all about creating their own dynasty and if you ever thought New Zealand has inequality of wealth, wait until some brave soul looking to be cancelled, separates out the statistics as they apply to Maori within themselves and we can see how Maori are doing in solving their own "inequality" where the rich Maori are getting richer than ever before and the poorer Maori are poorer than ever.

When will we see if Maori were a country on their own, where would their inequality statistics lie?

And it is the Henare's and Mahuta's of this world making that happen just by fronting up and demanding they be given a job because who their distant Labour poodle ancestors were.