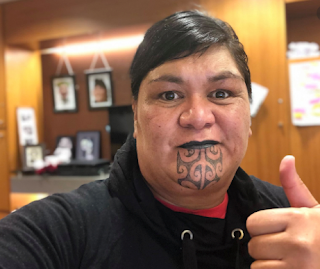 Fran O'Sullivan attempted to polish the turd that is Nanaia Mahuta's appointment and other "dances for diversity" in the horse trading for spots on the starting line in the Labour Cabinet.  With her interests in Foreign Affairs, offshore travel and media junketeering I was intrigued as to how she would craft such an attempt at a defence in a diplomatic fashion.  It was a pretty good effort, I give it a solid 8/10 in composition covering all the bases.  However compared to young Heather du Plessis-Allan's comparative instantaneous "you cannot be serious", a 10/10 in rat cunning.  The far left and luvvies will congratulate O'Sullivan for it.  Maori, who are now rushing to defend Mahuta as some sort of quiet genius and anyone who questions her appointment is quickly framed as a blinding white supremacist, will view it as an embrace by a boomer white establishment commentator.  They should not.  Let me count the ways as I stick a hard reverse spin cycle on 740 words from one of New Zealand's most senior spin doctors in a columnist's clothing.

References to Mahuta's race and gender identity:
References to Mahuta and word soup translation:
In conclusion: 740 words and O'Sullivan fails to stick her broomstick in the sand and actually commit to placing her reputation as a political trainspotter on the line and say Mahuta a) deserved the role, b) will be any good at it and c) has a track record in actual performance or even d) researched how often Mahuta has actually left the country in the last 24 years even for a holiday.  Mahuta seems like such a quiet home-body happy to stay in NZ.
But like any good spin-doctoring, I am sure the subject in Mahuta is pleased with the column and will thank O'Sullivan next time they meet!
The awful truth is New Zealand is not a player in the world of diplomacy. Nothing it does matters in the slightest to the major players. Nothing. New Zealand media writing about foreign affairs have to keep peddling the relevancy to keep on the gravy train. Even in the South Pacific they gloss over the fact the Islands would sell out to China for the highest contracts for the key infrastructure.  China right now owns the entire South Pacific should they choose to call in the favours. Georgie Dansey at list position 84 for Labour could be the Minister and it would not materially matter.
May the myths of K1W1 relevancy continue.