There are not many people I actually respect but in times of crisis cometh the moment cometh (usually) the man. 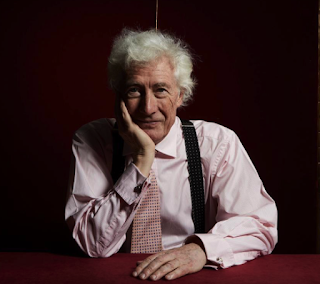 While the snowflake champion was the now deceased Ruth Bader Ginsburg (who was great and I have the tee shirt but until they made movies about her let’s face it - no one on Twitter had fucking heard of her), they overlook in their immortalising of legal characters the true intellectual giants.

Lord Sumption is one.

Not only is he a true liberal, from a male championing women swimmingly, he’s still young and vibrant enough at 71 and uniquely still married to his first wife, to call what bullshit these lockdowns and response to the non-crisis that Covid-19 should be to the western world. I’ve accidentally sat next to them both at a private members function in London and it was the intellectually best night of my life. If I was fined a pound for every word I said.....one has never said so little.

It takes usually a very excellent Blanc de Blancs and a Montecristo 2 for me to remain almost silent an entire  evening. Such is his obvious superior intellect and entertainment value  anyone with half a brain in his presence remains completely silent waiting for some imbecile to pipe up he can feast on. He’s one of “those” people. Being gloriously antipodean and in my early 30’s at the time I had NFI whom I was in the presence of until I was dutifully informed by my Etonian hosts later. I have not lived it down since.

Sumption between that period became and is now a retired Judge. A very important and qualified one. No one dares question his comments they have just ignored him.  He is an expert. There are precious little legal minds willing to challenge him.

Not able to be cancelled for these opinions. He can say whatever he pleases and not fear losing his job or more importantly in this day and age - his penis.  If only the New Zealand Supreme Court retired were as courageous. One cannot imagine Dame Sian suddenly having a come to Jesus moment and unleashing and ripping her figurative robes off and championing the rights and freedoms in this post Covid era to the extent she practised judicial activism in her reign! Nah it’s all very quiet and comfie in Jacindastan for Madam Fletcher.

Like all great and interesting people Sumption is a wee bit fucking mad. But he has come into his own in the Zoom era as an online lecturer.

This one to Cambridge University (a place of apparent learning now so woke they cancel everyone), and a lecture about lockdowns. I listened to this one out on a walk for an hour. He has many other lectures available for free online but the clarity of his thought and explaining very difficult public and constitutional legal issues is second to none. It is hosted by a woman with quite frankly more letters and titles than the alphabet after her name. Professor Dame Sarah Worthington.

People who know me wonder why I get so pissed off at the left.  They advise me to ignore them and have a quiet life.

It’s because primarily, I read what they write, inhale and enjoy it.

Even the most batshit crazy lefties. I will read their nonsense. All of it I can find. I try to read daily something substantial that I completely and utterly disagree with.

I enjoy actually learning how they think (or don’t).  Jane Kelsey was my favourite lecturer at University and I defend her right to speak her Marxist nonsense in tenure and often have online.

Cancelling the right doesn’t make us go away. Not engaging in debate simply makes the left irrelevant as no one should operate their mind in an echo chamber.

There has  never been a more brilliant and relevant time to be a libertarian or right wing thinker and to be proud about it.

Sumption is however no such beast, he is his own man but this lecture draws a pleasant line in the sand and says a giant f you to pretty much everyone who is not thinking about what is really happening with endless lockdowns. He draws the line between the rights of people who are actually Covid positive and the rest of us who are not in such an eloquent way it will make every London reader of my blog go out on Thursday and say WTF. The questions an hour in are great.

And NO ONE is questioning this complete and utter bullshit but for those of us precious few who history shall treat kindly.   I don’t deny Covid exists and for some people it will be fatal, but we cannot and never should cease human progress to save the lives of the very few over the well-being of the many.