"Heartbreaking", "Devastating" and "Helplessness" - Getting A Grip In 2020

- January 05, 2020
Yes there was a yellow tinge to the sky in Auckland yesterday.
No, it was not smelly smoke.  No it was not hazardous and no we were not at any risk whatsoever.  Yet some Aucklanders who didn't look up the pollution index, lost their minds on social media.
To attempt to balance some of the nonsense I am presenting to you a list of:
A) Things in life that you have absolutely zero control over.
No matter how important you think you are, there is no worrying, grief, heartbreak or help that you can give to make a blind shit of difference.
Show this list to your children if they are sitting there now worrying themselves to an early grave.
Donald Trump - we do not vote in America, New Zealand is not important enough to influence the United States. No nothing we do matters.  Yes he may start a war with Iran but nope, nothing we do matters.  This goes double for Boris Johnson, Scott Morrison and any of the Middle Eastern world leaders.
Climate change - yes it exists and it is called &qu…
Post a Comment
Read more

We All Know A "Jarrod" Or Seven 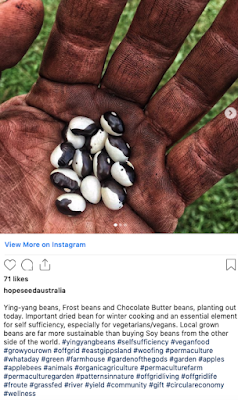 Jarrod lives on an off-grid permaculture farm called Hope Seed in far-east Gippsland, Victoria. The farm is zero cost and has 350 fruit trees, 25 chickens, 10 ducks, dairy goats, bees, veggies and horses.
Jarrod has recently moved to the gift economy in which items are given freely as opposed to being traded or sold.
Jarrod at least is honest about it.  We all have or have had people in our lives who have bludged off our generosity and lived their own extraordinary imaginary lives around groups of people well away from us, pretending they can afford things they cannot.


I particularly liked this interaction.
Rose: Do you feel free? Jarrod: It’s super freeing. It’s fantastic. I can work as long as I want to work during the day, or I can sleep in. If I want to do a three-hour stint of work and then a siesta, then work into the evening, that’s no problem. Free?  Of course he feels free.
I am still waiting after more than a decade for many a promised return generos…
1 comment
Read more
More posts