Maori Need To Modernise To Meet The Crown's Standards

I have seen a concerted campaign this last few days to woke-shame those of us for having a "white world view" about women speaking on a Marae.

Apparently Maori women (aka Wahine - a term I first was alerted to in primary school as a ship that sunk) now do not wish to speak on Marae.  Or if they do, they do not want us to do it first unless it is Jacinda and she is bringing along a very large pool of cheques.  Advocating for women to speak on Marae is now suddenly an act of violent racism. Maori, once again are making up the boundaries for this discussion as they go along.  The ones up at Waitangi do not like Crusher and invited Jacinda to plant her infant's placenta in their grounds - go figure.

One other supporter of this is highlighted in an Instagram story from a Labour Party worker and a woke, lesbian otherwise perfectly white feminist.  She also played rugby and is trying to break through as a commentator "in that space".  Her rant, along with her keen try-very-hard Te Reo accent was hilarious, if it was not so puerile. Shagging a Maori does not a Maori maketh, else even I could claim access to the advantages of a dozen Iwi and related flora and whenua. Alice repeated her rant in semi-kind on Twitter so I can link that. 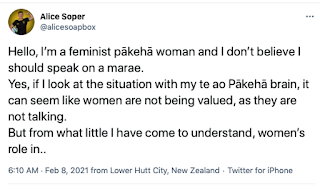 It is quite simple however for us "white folk" as Alice calls us.

If Parliament, a western white construct of how many years, can bend itself in 2021 to accept this in its halls. 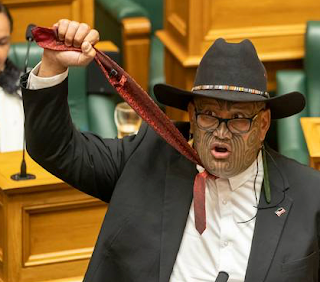 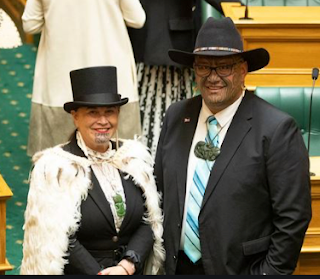 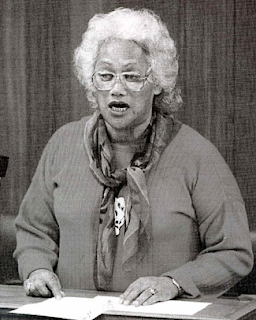 To make Maori in 2021 feel comfortable enough in its chamber to speak The Reo, have visitors from their Iwi in the Gallery sing for them and allow their broken bastardised English during debating time......Maori women have appeared at the Privy Council, the Supreme Court, New Zealand Court of Appeal and even heaven forbid the Northern Club.
This being the case Maori can bloody well bend their traditions likewise and allow white women (and men) attending in leadership roles, in fact ALL women,  to speak on Marae in ceremonial events, in English or broken bastardised Te Reo. What Maori do the rest of the year isn’t an issue but Waitangi has special significance as that week leaders in New Zealand have to all go there to bow to those who wish to have that honour bestowed on them.

Can you think of a Maori feminist posting on social media that didn't think she should speak in Parliament?  Like they were somehow unworthy? No. You can’t shut most of them up about how great they will be representing their Whanau and tikanga. About how we are all missing out on what great leaders they are about to be for their people?

If Maori especially Maori women could not speak in any of my races institutions (courts, legislatures, houses) in 2021 I would be supportive of them claiming it was outrageous and raise merry hell along with them to ensure they could. Ditto join the Northern Club. Why no love back girls? You “wahine toa”. Why Crusher no speaketh?

Alice then goes into a parallel universe informing us of the importance of women in the preparation of food!  Good grief. A woman's place appears now to be in woke white feminism in "Aotearoa" to be in the kitchen.

If Maori wish to snigger at how we as "white folk" speak Te Reo and belittle us for it, then I am sorry they (and it is a "they" as Maori keep feeling the need to exclude) need to understand many of us find the way many pronounce their "aks", "churs", "youse" and short form grunting of the Queen's English (and Alice in her Instagram post) to be pretty staggering as well.

I can look at say the great Kingdom of Saudi Arabia and how they treat women from my "western Pakeha privileged world view" and think it is awful.

Perhaps I need to do what Alice is recommending here and think from a Saudi cultural perspective that the women deserve the bash, to be seen and not heard in social circumstances and to bow and scrape at the feet of their violent, oppressive, rooting hypocritical men?

There are lots of "layers and intricacies in that space in which that conversation happens". In Alice word-soup speak.

Maybe we just do not understand Saudi Arabian culture and we have got it all very wrong.

That is not very feminist at all.

It is making excuses for bad behaviour.

Cease the white woke enabling of the Maori sexist BS.