The Cult Of Ashley Bloomfield - Cabinet Ministers Now Interviewing Him!

Well not quite as outrageous as blatant political activist Susanna Wiles nominated for Kiwibank New Zealand of the Year.  The British Pink Panther has robbed Mittens the Wellington cat of his chance to take the well deserved prize for attempting valiantly to spread covid daily around middle age and elderly female admirers in Wellington.  Alas not even the mighty Mittens can spread the tricky virus or its highly contagious variants as Wellington is not cool enough to have sniffed a case in what seems to be 17 years ago when two women did a rental car runner. 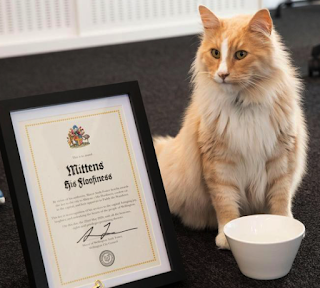 Ashley Bloomfield is supposed to be a public health official.  A civil servant and a high ranking one.  He is very well paid for the once in a lifetime opportunity that the job requires a lot of overtime.  Civil servants are not meant to be politicised.

It is not his fault that he is being used like this.  He needs to blink three times on screen next time so right thinking people can save him from his captors.  A human shield in Covid times for the PM he is.

The Labour Government are currently parading him around now like their pet nerd at the village green.

Korero Tahi means "talking together" in Te Reo.  Watch this from Facebook Live.  There is no talking together, it is a bloody interview by a Cabinet Minister of a civil servant.  Henare reads out a bunch of patsy questions chosen out of many by village idiots.  None are directed at Henare, or that difficult.

He asks "teabag in or out". What the hell sort of nonsense is this?  The only tea bagging happening is Peeni Henare being stereotyped by Labour's Comms team as the only Maori in the village and thrown into the mix to distract the cluster fuck of the last week.

What have Maori done to deserve a special needs talking to?

I thought it was a Pacific Island community "issue" in South Auckland?  The “issue” that hasn’t turned into an issue at all. Covid appears nowhere near as contagious in New Zealand as the PM wants you to believe.

Labour have given Maori $56m of printed funds you will all need to repay, to help with Covid.  Some would have been earmarked for Communications by expensive consultant friends of those dishing the moolah out.

Where the hell has it gone? What have they actually done to communicate with Maori and how has that fail so much that it has prompted having to have Dr Bloomfield lose his dignity talking about tea bagging? 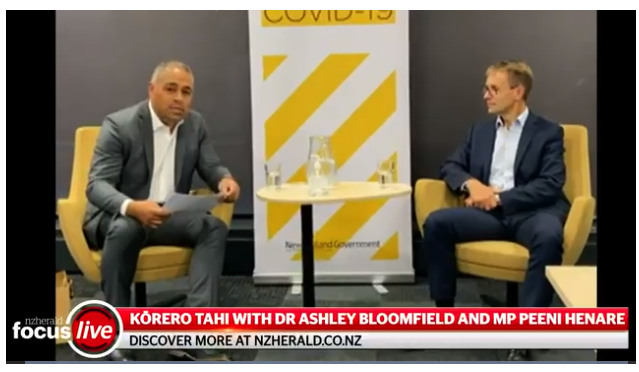 The highlight of the interview was when Dr Bloomfield obviously got some oysters and/or paua, which Maori now elevate from a garden variety freely available resources to suddenly "taonga".

The rest of it was patronising crap designed to soft-sell the Labour government's effective brown bagging of the South Auckland community this week in what has to be the worst seven days of Jacinda Ardern's Prime Ministership for her.

Right now Ashley Bloomfield and his officials not only advise the NZ Police when to prosecute matters to do with Covid, they also run the 9th Floor.  Again not his fault.  The Prime Minister has created this situation where he is more powerful than elected representatives in herself and her Cabinet are.

When things go wrong, the 9th Floor hides away and throws up Ashley Bloomfield and in this case a Court Jester junior Maori Cabinet Minister for some light entertainment.