I saw the article today on Todd Muller and was going to skip over it but it reminded me of another article I read about the same topic so initially thought it was a re-print, but no. Oh and another article.

Todd Muller. Time to “move on Sweetie”. As Paula Bennett would say. In not ONE of these articles does Muller ever mention or acknowledge the possible adverse mental health concerns for Simon Bridges, his staff, his family or supporters, the time he rolled him. The man he rolled for less than nothing. Less than nothing as for months they have all had to read yet another “woe is me” article from Todd bloody Muller. Every reminder of that time in print, with Muller as some sort of applauded mental health superhero, re-victimises them.

Not ONE of these articles mentions the mental health of every person in Muller’s time in Jim Bolger’s office that he and Dick Griffin craftily would have rat fucked protecting their messiah James. An average man at best. Not one article.  Nor does it mention the furore and pressure his implosion put on his own staff.

We really don’t need anymore “awareness” of mental health issues. Everyone in the world is well aware of mental illness, depression and anxiety. Celebrities local and international are lining up to jump on the train.

So stop the illusion as a "prominent person" when you go public with your own “battles” that it’s anything other than all about yourself.  There is now a state funded industry in framing everything as a mental health issue, wrapping your own branding in with it and bludging taxpayer funds to “promote” something that everyone is already well aware of.

Last week in one of the most absurd things I have heard, part of the Queenstown tourism recovery package included mental health seminars. These poor people don’t need yet another bloody talkfest seminar telling them they should remain positive, happy and have a "different mindset" to conquer  newly found poverty and oblivion,  they just needed the Australian bubble open!

Funnily enough winning, succeeding at work/love/sport and making enough money in most cases helps one's mental health. Losing at work/love/sport and/or being poor doesn’t help it. Central to a lot of this is the fragile egos of people who expected better in their lives and didn’t get it. These types are situational mental health issues that can be solved by a positive change in that negative situation.

“Although adored by his family, he says he always yearned for other people’s affirmation”.

The most damning quote:

"The “Make America Great Again” cap has been replaced by a “Buy New Zealand” cap – a cheeky gift from his old mate Winston Peters."

If you are old mates with Peters, you shouldn't be leading the National Party. Word.  Not to mention having absolutely no political principles whatsoever in any of these articles than power for power itself.

Todd Muller took the job as Leader, because despite thinking the contrary, he had and still has a huge ego. Nothing wrong with that. Everyone around him seemed to see something none of the rest of us could - that he was the future PM we all needed in our lives. They pumped him full of this. He thought it was finally his birthright to take it. Nothing wrong with that other than the perceived arrogance.

But sorry he fucked it all up when it got tough. Why is no one allowed to discuss this failure? There is almost ...... nothing wrong with that. It happened and National moved on with a stronger leader. Did he think of her mental health climbing over her to mount the coup in the first place?

But to go on about it to media for months and months when every right minded person has forgotten about him completely?

A mental health beacon, Todd Muller is not. He’s caused more damage to the National Party and other people here than was done to himself. Very few people should be mental health heroes because very few successful people have got to where they are making their own omelette without cracking a few eggs on the way. Especially in of all things - politics.

The National Party has many "issues", religious fundys, agreeing with everything Labour are doing currently, and other low rent egos are hard enough for them to get through.

The last thing it needs is a constant reminder of its darkest day in recent history -  “Muller Time”. 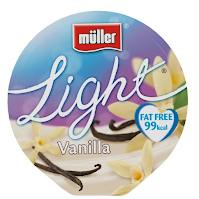