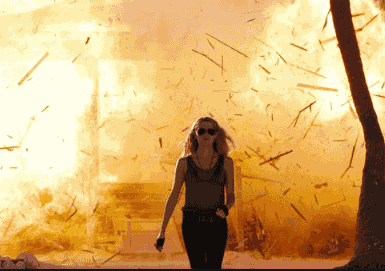 Oh dear lord butter would not melt would it:

She said the way National had latched on to the report, labelling it "separatist" and "segregationist", was "really disappointing" and "nothing more than pure politics".

"The very issue the leader is trying to attract attention to is a Declaration she, her Cabinet, signed up to, and now is trying to politicise for nothing more than pure politics.

"I think New Zealand is at a point in politics where we have moved beyond this.

The author of this report (even someone of no cynicism should see she was awarded cash by commies years ago to start this work) comes from an adult lifetime of extremist international political indigenous activism sponsored by the UN and the taxpayer via teaching positions. She attempts to spin that she is suddenly shocked when for the first time in her middle class colonised life, people have lined up to dare point out that what she has produced is a load of word soup that will not be poured down throats without a gargle and spit back out.

Then after claiming her work is meant to unite, she plays politics herself by revealing her political stripes and attacking -  a politician.

University of Auckland's Dr Claire Charters, who chaired the Declaration Working Group that produced the report, told the Herald Collins' framing was "ironic" given the report was intended to unify rather than divide.

"It is sad it has been used to create fear, there is no need, and the objective was the opposite, to provide hope for a more unified era for the country.

"It is about how under one state, we can have joint authority in some areas and not in others, others led by the Crown and others Māori. Māori continue to suffer under the current system, and until that is addressed there will be no hope for unity."

One thing is for sure. These Maori extremists lately producing opinion pieces at Polytechs and Universities under the guise of actual academia, are not going to accept anything less than Jacinda Ardern supporting them and giving in to their demands. Demands that make no mistake after “full and final” treaty settlements, will never end.

The Maori extremist collective is represented across faculty in every law school, Maori department and politics department in the country.  These people are not motivated by higher education and reasoned debate as their topics are not exactly academic and they teach to brainwash niche audiences in their echo chambers - other Maori.  They are pimping primarily unaccountable and unregulated paid far left and with it Maori, political activism to next-gen students.   Which should be very racy indeed when they all start getting angry and demanding Ardern support them.

But she agrees with Collins on one point - the Government needs to come clean with its position and how it plans to proceed, having provided the report to them in November 2019.

"We asked for it to be released a long time ago. I wish it had been so we could have started with an intelligent discussion, and it is unfortunate it has started this way.

"But I am glad it is finally out. We understand the focus has been on Covid-19, but absolutely believe the Government needs to explain its position, and help salvage the situation and start an educated and mature discussion."

Yes we are now getting this "intelligent discussion" because the document can be held up and criticised for what it is. Blatant extreme far left but mostly Maori political activism.

He Puapua is not written by academics in an academic capacity.  It is not researched by academics in an academic capacity. It is actually not research at all.  It is over 100 pages of unbridled political opinion being used to push for Constitutional change and beyond in New Zealand. Andrew Little claims after some 18 months that he hasn’t even read it. If that’s the case he really was in his three years the worst Justice Minister in living memory. I would like to think he was just lying.

Can you picture the outrage if the extreme right in politics was allowed not only the resources but the pretense of academia to produce such extremist views all hidden out of sight to the public until someone OIA'd for the reports?

Meanwhile the poor Chinese are feeling left out.

That this curriculum proposes to finally do that is pleasing, but are we ‘’Others’’ being asked yet again to wait, perhaps another 40 years, before being included too?
The 2018 census states that Māori make up 16.5 per cent of the population. ‘Asians’’ are almost the same, at 15.1 per cent. Within the latter, the Chinese component is 36.3 per cent.

That is right - "Asians" will soon work out that their equal proportion of population will not wield anything like the sort of power that the "democracy" extremist Maori activists wish to push through, will.  Asians may be excellent at mathematics but Maori do not play with the same abacus when dealing with proportionality and one person one vote.  It is an "evolving" concept, like everything seems to be once others catch on to the rort.

And 180 years of history for Chinese will count for less than nothing after their children get to learn absolutely nothing about themselves in NZ history.