Hell HAS Frozen Over - Public Sector's Turn To Share The Suffering

Unbelievable, yes this is a headline in New Zealand.

Public Service Minister Chris Hipkins said any increases would be targeted to lower-paid public servants, largely those earning below $60,000, who account for about 25 per cent of the public sector.

Those earning between that and $100,000 could expect increases only in "exceptional circumstances".

"We want to see those on lower wages be the focus of any increases in pay.

"This is about prioritising spending. The policy will also help protect jobs by taking financial pressure off the public wage bill."

The PSA, which represents almost 80,000 workers, said they felt "betrayed".

Rather than feeling betrayed, the PSA should be feeling lucky.

During Covid they should have all had their pay frozen and jobs slashed as $10b was printed in the insane experiment we now call Robbonomics.

The private sector has been decimated in parts while the public sector stayed on the covid couch.

The deification of nurses, police and teachers as "essential workers" will come back to bite Labour.

Shutting businesses and forcing people to sit on their backsides or work from home, makes someone no less essential than these personnel and thanks to massive losses taken in the tourism and hospitality sector by entrepreneurs and risk takers, nurses and doctors had very little to actually do over the entire year.

Every worker is essential.

The private sector is more essential now than the public sector as they will be the ones actually paying the tax to get New Zealand moving again. 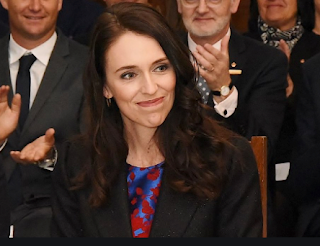 All we need now is the MP's and Ministers to show some leadership and take their share of pain.