Happy Birthday to the first baby today June 21st.  She is three.

Apparently her father is some sort of genius for doing what 99% of the mostly female parents of children manage.

Gayford has taken on much of the child-rearing responsibility for Neve as well as supporting partner Jacinda Ardern on trips abroad.

The media have then continued to ignore poor Neve and write about how wonderful her father is for making a cake around an iPad.

The highlight of Neve's life for me so far still remains her trip to the UN.

She raised the IQ of the room ten-fold and made more sense that any of them. 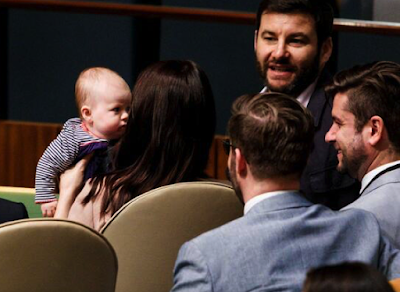 And managed to be one of the few attendees to not spit the dummy. 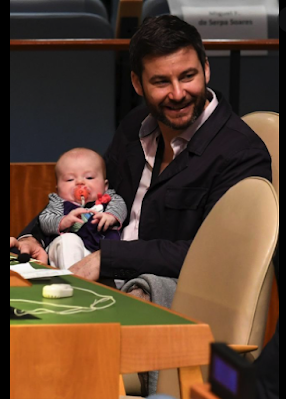 And who could forget it when Neve schooled us all on how yes we too would very shortly be looking at Peeni Henare and wonder just wtf he is saying as well? 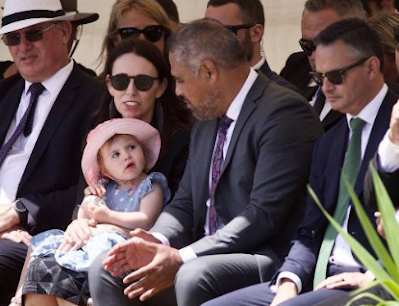 Here is hoping she gets plenty of plastic-free, sustainable, recyclable, affordable gifts from her admirers. So far her life as first baby has been pretty sweet and she is doing a mighty fine job of it for the country.
The highest achiever of the family indeed.
May we boot her parents out and keep the baby with the bath water.