Pistols Need To Be Fired At Dawn In National 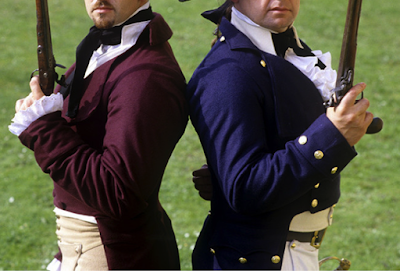 This cannot continue.
One faction must win outright control of National and the other(s) must fall into line or disappear completely from the caucus and the Party.   The membership need to demand it.
I explain the events of today.
Todd Muller, sorry no, go NOW, you are an idiot.  How dare you even show up to work after your term of leave. Not only were you silly enough to speak off the record to a journalist, you were stupid enough to admit it and try to explain.  A by-election so be it, the whole process may show your colleagues just how bloody hopeless they are viewed as right now and an embarrassment to the centre-right.
Muller has moved from suffering mental illness, to now just being totally mentally unstable. Bye bye.
Every day Todd Muller is in Parliament lingering like long pre-vaccinated Covid, is a wasted day for an MP to be given the chance who actually wants to work for the National Party towards a common goal of being part of a Government.  Muller has not been interested in this with his coziness towards the media telling his story, since he quit the leadership and decided he was the best advocate in the country for mental health awareness.  Newsflash - he is not.  We are now far too aware of his mental health.

This one as well needs to go bye bye. 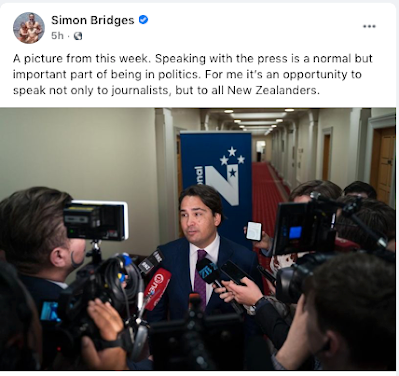 Yeah, nah.  Bridges is not being smart, nor particularly clever.  Bridges is just trolling his own mates.  He is not a credible option to be leader again.  Have a nice life with your family and go back to the law, your time has been and gone in the National Party.  What is the purpose of Simon Bridges remaining in politics? It needs to be asked as if it is to destabilise the centre-right and National, like he has done since he was deposed by Todd Muller, then bye bye.
Someone leaked this to the media today, a non-story about something that happened last term.  Most probably in retaliation for Nick Smith bumbling and doing what he should have done pre-2020 and retired.  Hipango is a pain in the ass clearly, but at the moment she is our pain in the ass and there is nothing anyone can do about that.

This one clearly is not getting enough time in the colouring in department for Bayleys around town and is still bitching about her time in politics.  She was dumb enough to give a warts and all to Radio NZ and a Mihingarangi Forbes production.  Guess what sweetie? Radio NZ, Mihi and everyone clapping and cheering you on with this saying how mean the National Party are, all actually hated you in politics and still do.  You are being used. 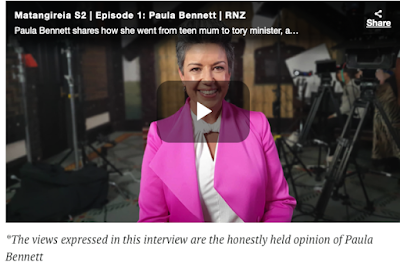 This fool clearly has absolutely no ability to keep everyone in line.  Your time is up too.  When John Key was leader, fundraising was easy and Goodfellow was made to look very good at it.  Now I would not know a sane businessperson willing to give one cent to fund this clusterfuck. 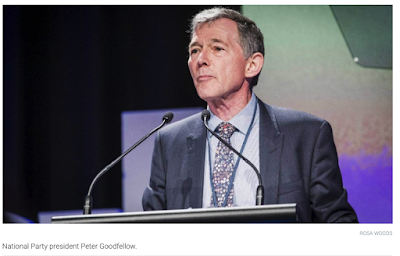 And Judith Collins' time will be up if she does not clear out everyone rightly or wrongly who is plotting her demise.  And with it anyone else who will plot the demise of anyone who has the job after she has it.
Time for Crusher to re-emerge and either sort out the caucus behind closed doors or be sorted herself.
And time for the caucus right now to either fully back her or get on and sack her.  The public will not tolerate another year of this.  The membership will not tolerate another year of this. 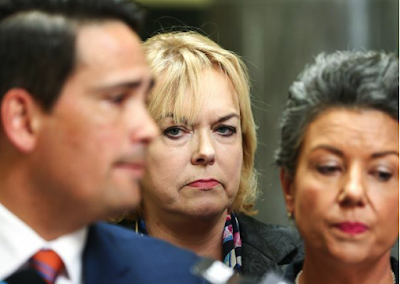 National are at the moment so bad that the polls do not actually matter at all.
They are eating themselves alive before the public even get the chance to judge any policy they actually may put forward.  National has a caucus full of personnel with limited political principles at all.  Not many you could class as classical liberal thinkers or even particularly of the centre-right.  Plenty actually believe having net zero emissions is a credible goal worth pursuing.  I gamble that not many of them would even know what in practice that means.
Labour are so incompetent that just blowing wind on them should be enough to topple them over.  National at the moment however still are in full on sucking mode.
Being an Opposition is not about opposing yourselves. Until that is grasped you are all going to bloody well stay there.