When Will Ardern And Bloomfield Tell The Truth About Vaccines? That There Are None.

Because Ardern fan-girl, Robyn Malcolm is a thought leader on the vaccine roll out, I decided to do some in-depth research called google (defined as more than anything a New Zealand journalist under the pay of the Labour government will report), for these amazing statistics.

Andrea Vance had a whinge about the government.  A pity she did not do so for things that matter - like the publicly available failure of their blatant ineptitude in matters such as the vaccine rollout.

She was whinging about the government inconveniencing media by not feeding news to them readily enough when questions are asked.  There are and have been plenty of times the media can question Ardern and Bloomfield actual probing questions at 1pm pressers.  Where were they then?

None have actually asked the pertinent questions.  When will the "year of the vaccine" actually start?  Registering for the vaccine is not feeling the pain of the juice in your arm.

Jacinda Ardern's biggest and loudest supporters from NZ on Air funded wealth, are now travelling to and staying in the USA long enough to steal a vaccine off the pile there. 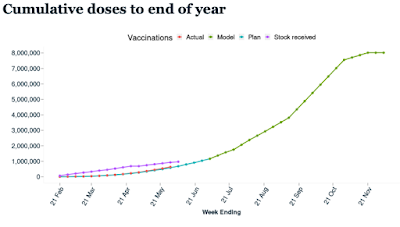 Stocks are being held back? Why? They should all be used up? 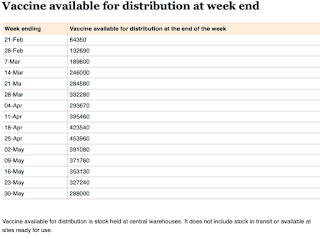 Actual vaccines are however dropping and are now at their lowest level since early April. These have been dropping almost every week since mid-April.  They surely should have been increasing. 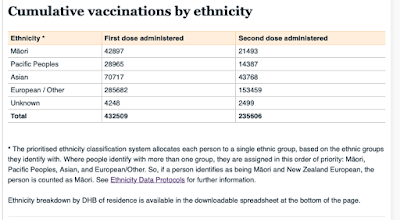 Maori, despite being priority in order for being labelled Maori, are yet again not showing up for life.   No surprises there.  You can lead the hoiho to wai but you cannot force it to drink. Asians by contrast, yet again are proving to diligently show up when it matters and taking personal responsibility for their lives. 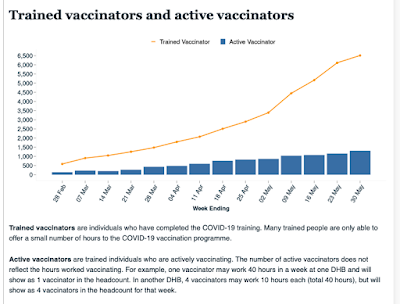 There are plenty of trained vaccinators, hardly any are active. Why?

Yet 98% of vaccine stocks are being used.
Stuff have sort of reported this.
But on Friday Pfizer were meant to tell Chris Hipkins when they were going to deliver the next lot. 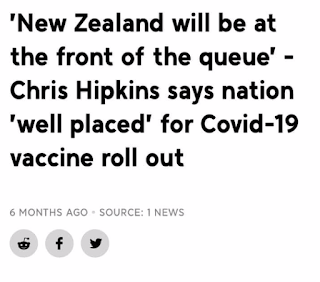 It is pretty obvious what is happening - nothing.  New Zealand is front of a queue only of kindness and has been unable to deliver vaccines it requires.

Ardern has sprayed kindness to the Cook Islands sending your doses there.  How many others will she give away at your expense?

It has now got to the stage that Princess Ardern needs to jump on Air Unicorn and get her ass overseas to Pfizer's HQ, AstraZeneca's HQ and get down on her knees and beg with kindness for a supply for the team of 5 million.

Why on earth all the UN endorsed popularity and kindness if it cannot get the number one currency in the world to set you all free - a vaccine?