Biles, Osaka And Meghan Markle Should Be Watching The Paralympics

In contrast to the zillionaire sob stories we have endured as sports and cultural fans lately it is refreshing to read about people showing up who have real problems in life not just ones of their own making in their head. 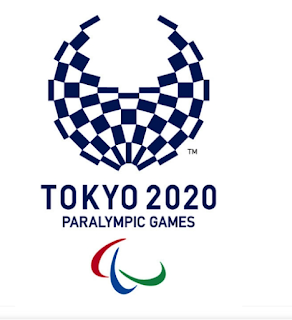 The Paralympics is the event.  Read up on it here.

There is even a refugee Paralympic team!

The best thing about the Paralympics is reading the background about how each of the athletes ended up with their disability.  For many of them it is remarkable they are even alive let alone competing in sports.

Our first gold medallist was hit by a car at age 2.

Neiufi, who is of Tongan descent, was just two years old when she was hit by a speeding car. It resulted in left-sided hemiplegia, meaning she has paralysis on the left side of her body. She started swimming when she was eight and quickly showed her ability in the pool

This Vietnamese American woman's father suicide bombed her and her mother.

He grabs his 14-month-old daughter, who is completely oblivious to the situation, and holds her in his arms.

The bomb explodes and kills both parents immediately. The daughter is thrown from the hut into the air, landing almost 10 metres from where the bang went off.

An old mate of mine Paula is one of only the few competent people in the public service left in New Zealand and is the chef de mission for the New Zealand team and Disability Rights Commissioner.

You could not find a better person for either position.

In times when All Blacks have a sook about a bit of time away from their families, spend far too long obsessed with their images on Instagram along with the wife and taking sabbaticals in Japan as they aren't happy with the millions they will earn over the years in New Zealand as All Blacks.  It is the perfect anecdote to such virtue signalling the loudest have turned to.

It is great to see those who actually deserve to be admired off the sports field for what they have endured to even be alive, have the opportunity to perform on a world stage

And for the first time ever exactly the same amount of spectators in the stadiums as the Olympics.