How Long Are We Going To Follow "Health Advice" Without Seeing It?

Every time a New Zealand or Australian lockdown is declared we are told that the Premier or the PM are "following the health advice".

In each case - no one is allowed to actually see the bloody health advice just to you know, make sure the politicians are telling the truth.  We normally don't trust politicians to lie straight in their own beds, why would now be any different?

Australian States are doing a damn good job confusing everyone as to what that this health advice may be.

Was it health advice? Or was it really just left-wing compliant political activism under the guise of science?

By now even the least cynical of you should realise they have not got a clue what to do and are just making it up as they go along.

In 20 years time we will have to explain to those younger than ourselves studying this time in history, why we let these people stop us from leaving our homes.  Those yet to be born will just look at New Zealanders and Australians, as I am now from afar, with heads in their hands concluding just how batshit crazy this elimination of a virus thing really was.

And what a fascinating but dreadful study of human behaviour and control by people there is no way most of us could even pre-covid, stand to have even a drink with in one of the bars or restaurants they love shutting down.

This leftist Labor loving politically motivated loon fails to acknowledge that the whole of the UK was jabbed with AstraZenaca.

She seems to be the only one allowed freedom of speech to be an anti-vaxxer even if it is for her not chosen brand! A friend of the Liberals in this position saying the same thing with a Labor PM would almost certainly be cancelled and bullied to resign. 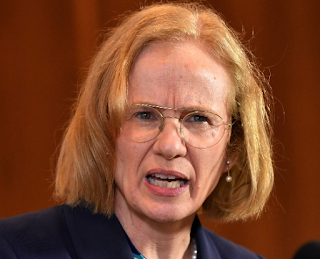 Dr Young told reporters she ‘genuinely’ didn’t understand the ‘thought processes’ behind Morrison’s move to open up AstraZeneca to younger Australians, but chief health officers would meet to discuss the matter on Wednesday.

Young said she was against under-40s receiving AstraZeneca due to their ‘increased risk of getting the rare clotting syndrome’.

“We’ve seen up to 49 deaths in the UK from that syndrome. I don’t want an 18-year-old in Queensland dying from a clotting illness who, if they got COVID probably wouldn’t die,” she said.-

But.....so in love is the Labor Queensland Premier with her, Young is about to be made a Labour Queensland Governor.   Queensland will still be a great place in spite of this dynamic duo, definitely not because of them.  Young has damaged the vaccine roll-out with her comments more than the slow roll out itself, the country has plenty of AZ to use, it is Pfizer they are waiting for.  Her comments gave people an excuse to think twice.

This woman sent an entire state into lockdown chasing a theory that Covid could be caught from a pizza box.

She also had this to say about going to the footie.  A football could carry the 'vid!

Chief Health Officer Professor Nicola Spurrier, who once told footy fans to 'duck' if the ball was kicked into the crowd so they don't catch coronavirus from it, was asked by reporters on Thursday about being the subject of memes on social media.

And this advice about how to stay locked in your home.

Dr Spurrier was giving advice to residents living under stay-at-home orders on Wednesday when she said: 'Think of some hobbies to do to take your mind of being in lockdown.

'As I said to my husband when I left home this morning, this is the day you can tidy up your sock drawer.'

Tell me this woman is anything but a Labour or Green voter and I have a bridge I can sell you.  Where's The Wally indeed. 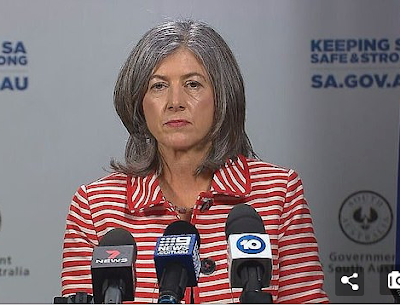 This is Brett Sutton. While locking up five million Victorians he let himself loose to go to an awards dinner in Canberra where health professionals slapped themselves on the back for doing a great job.  Sutton showed up despite locking people in their homes for months on end, 820 people dying, quarantine hotels scandalously run and everything swept under the carpet, oldies got wiped out in rest homes, Victoria even refused to take overseas arrivals leaving that job to the other States and now they are on to their sixth lockdown having been so in total for more than 150 days. 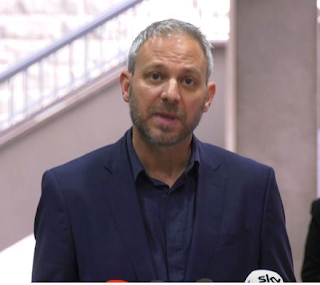 Despite this, Sutton gave a large dose of Stockholm Syndrome through the TV to the bored housewives of Melbourne who were dripping their knickers over him. Fan girls articles were quick to consume The Guardian. 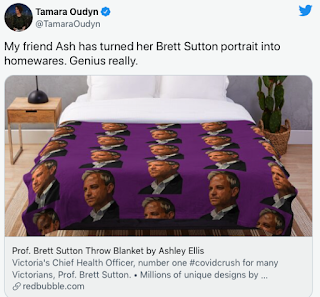 I chose this photo as it best represents Western Australia.  The chief geek Andy Robertson is in the back there with surely the nastiest most spiteful Labor Premier of the lot Mark McGowan in the front.
McGowan hates all the other States and just says no, I bet he even hates Dan Andrews and Annastacia Palaszczuk. He does not need to refer to health advice anymore, he at least is transparent about saying no.  I do not understand why the trans tasman bubble did not stay open with New Zealand and Western Australia.  Of all the Premiers, McGowan meets the New Zealand health nazis standards of saying no to absolutely any risk. Such is the lack of his problems way out West, he releases statements when they find a trace of Covid in the urine tanks.   Just to keep everyone on edge.
Robertson has a beard. Sir Bob Jones has a theory about beards.  Follow the science. 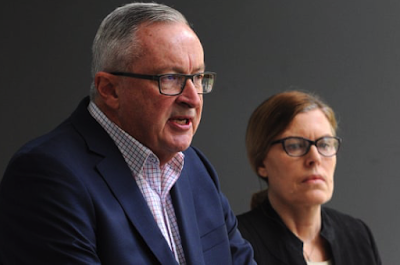 Handicapped by a rowdy Health Minister the critics call "Health Hazzard"who insists on his time every press conference, Kerry Chant oversaw a decision to allow 2.700 people to disembark from a cruise ship that kicked the whole thing off in Sydney back in March 2020.  Mind you, no other State would have processed the passengers and under the Federal system in Australia of infighting and name calling the poor bastards would still be on the ship 17 months later!
"Hazzard" a guess that would never have happened under today's conditions that has seen NSW on "health advice" go from having the most laissez-faire attitude to lockdowns, to now panicking under pressure. They seem to have concluded like all LINO's (Liberal in Name Only) that talking about people having individual responsibility and freedoms is way cooler and easier than actually giving it to them because as the people of Western Sydney have proven perfectly - many are just plain stupid and can’t stop hanging out with elderly relatives.  Once again the politicians do not have the guts to let Darwinism take care of them naturally even when the perfect virus has been introduced from a Chinese lab to let this happen.
New Zealand
Well here are the people influencing the "health advice" in New Zealand that you are never allowed to see.  The statistical modellers must have gone to the same schools as the genius Treasury officials, forecasters and Reserve Bank economists.  They have collectively this last 17 months one and for all been bloody clueless about anything but screaming LOCKDOWN.
Hell New Zealand is so uncool  that even the mystery Aussie tourist ran around Wellington all weekend attending the few events the Capital actually has these days and STILL didn't manage to spread the Delta Indian variant.
It is little wonder adult Australians compare New Zealand to Tasmania, ACT and NT in the ease of locking down the place and Covid response. 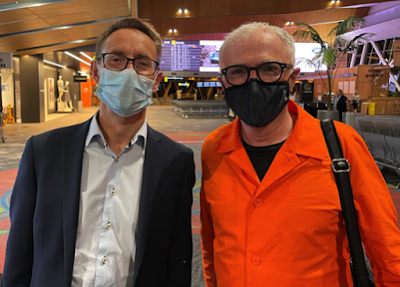 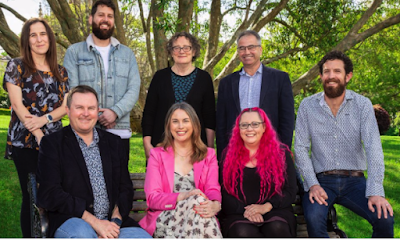 Not a centre-right political voter amongst this lot either. I bet anything.  Labour, Greens all the way........
Have a giggle but in 2020 and 2021 these people have been pivotal to deciding whether you will leave your home in the morning.
And you have let them.