Good lord I cannot start the weekend with yet another rant about how much these muppets in Maoridom really are just taking the sauce out of everyone.

How much longer do we have to put up with this? 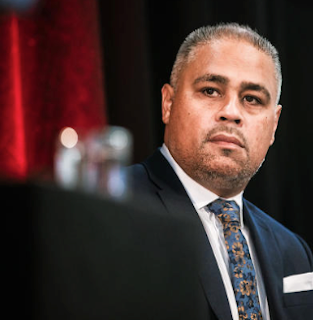 Henare said the low numbers were not for lack of trying.  ‘‘I travelled the country to continue to promote the vaccine amongst our people,’’ he said.  ‘‘For whatever reason, our people didn’t come forward to get the vaccine.

Maybe they just DO NOT TRUST YOU.  Or maybe as I have discussed before, they just cannot be bothered turning up not once but twice at a pre-prepared time.

Henare is a Maori Minister

In a record large Maori caucus and cabinet

In a majority left wing government in the friendliest regime they have ever had towards woke ideas and victim identity politics.

If they cannot get Maori as leaders of Maori to turn up for a vaccine, the epic fail is on them.  Not even the Ministry of Health.  More health apologists lined up to blame "the system".

Dr Jansen said that outcome was predictable."‘I’m disappointed in the Ministry of Health and their inability to achieve what they promised in the beginning which was equity in the vaccination programme,’’ he said.

Equity? The vaccine is FREE, how fair is that!  Maori have long been eligible to receive it.

Then there was this astounding claim, backed up by absolutely zero facts.

Dr Jansen said there was evidence that Māori aged 40 had a similar risk to their health as Pākehā aged 65.  In order for equity to be achieved in the rollout, he advocated for Māori and Pacific communities to be given access to the vaccine at a younger age.

Really? What tosh.  Narrative has circulated that Maori have been given vaccine when showing up with relatives who qualified in group 1 and 2 if they wanted it.  I know this to be true as friends have whinged that Maori have jumped the queue in front of them at clinics.  To give Labour some credit they have from what can be seen, bent over backwards to provide Maori with more than equal opportunity to be jabbed.

Dr Jansen also took issue with a ‘‘colour-blind’’ booking system that was at odds with good outcomes for Māori because it defaulted to ‘‘mainstream Pākehā settings’’.

‘‘Māori and Pacific people have found it much harder to engage with text messages to tell them to go to a booking app, so that hasn’t worked well for us.

"Mainstream Pakeha settings".  Oh and Maori and Pacific people cannot use cellphones?  Oh please, have a look on social media you cannot get many Maori off it.  Hannah Tamaki and Billy Te Kahika just seem to be better leaders of Maori than the entire Maori caucus.

Time for Maori members of Cabinet to get off their backsides, stop whinging and realise they ARE the government, it is their fault for Maori poor performance in anything they roll out and as Henare states, he has told Maori what to do and they just do not listen even when their lives depend on it.

He may soon have a moment of enlightenment and realise how frustrating this has been for decades of non-Maori leaders before him to get Maori to do what they are told for the good of their own health.