Students In Hell In A Cell - Release The Prisoners! 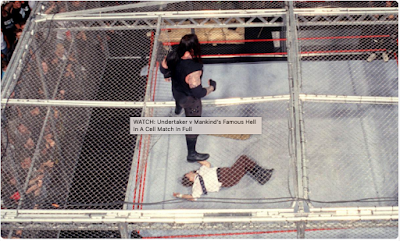 This really is a disgrace.

These kids are gouged $435 a week fixed for 38 weeks to live in this cell.  Most New Zealand homes have larger bathrooms than the living space. I have only witnessed Hong Kong maids living in smaller surrounds.

I lived in a student hostel for my first year at Auckland University and hated it in every way possible.  The only saving grace was sensibly using part of a student loan to buy my own TV and VCR so I didn't have to face the indignity of common room television and with it relentless small talk.

So I have total sympathy for the team of prisoners currently forced to stay in their rooms because a kid who flew back to Mummy and Daddy in Wellington as soon as level 4 was announced, left a spray of covid chaos behind them.

Not their fault though for the over-reaction that is New Zealand's great societal and psychiatric experiment currently conducted in a sick attempt to boast they Jacinda Ardern can eliminate the Indian strain of Covid-19.

A strain so transmissible that so far NO ONE AT ALL has tested positive in the whole of the Coromandel?  What is this superpower they have there? A Canna-vax perhaps?

Given the contact tracing published so far, a quarter of Auckland by now should have tested positive if the Indian strain is really a "game changer" and a "beast".

But The Herald is reporting this:

Hundreds of students are isolating in their rooms at a University of Auckland hall after a resident tested positive on Friday.

"We're not allowed to leave other than to go to the bathroom," said a student who did not wish to be named.

Really?  How are you doing? Are you coping?   Good question as I bet the team of 5 million will not be sympathetic at all and think it's marvellous you are locked in a cell.  Start complaining about it and watch what happens.  This would be my response.

"Ergh well you are locking me in my tiny room for an indefinite period on the basis of a positive Covid test of someone else after you let a whole heap of people flood back from an outbreak in Australia with less security than this hostel and even when I return a negative test you are still going to keep me here because you do not trust its result. How the f*** do you think I feel?  You still haven't offered me a vaccine because you thought it was unethical to get it earlier.  Oh and yeah I have had to endure online learning while paying fees.  Other than that mate, doing f***ing awesome".

The student resident who spoke to the Herald is concerned about prolonged lockdown in the hall, where the smallest rooms are about 10sq m.

"Lengthwise my room is probably about five, six steps?" he said.

If International students are not being brought back into the country using these hostels as MIQ because they’re not humane enough, then what on earth makes the rooms suitable for New Zealand students to be locked away in for isolation?

These kids need to demand at least the right to get back into the common room on each floor.

When this happens, do not appear grateful, do not thank anyone.

And when they tell you that you cannot leave the building for exercise despite testing negative, demand to know why.

I wouldn't need to advise that surely in that lot one has a parent who is a senior Barrister  or who has access to one as a mate.

Use them.  Now is one of the few times it is quite alright to fight dirty.

It staggers me New Zealanders are happy to wait hours and hours in cars with their engines going, burning fuel and adding to climate change, to be tested for Covid.   When they have no symptoms at all.

Under level 4 you are not going anywhere for 14 days anyway and every excuse under the sun will be used to extend it.   Bloomfield as well as Saint Cindy have advised you to treat your life like you have covid and everyone you come into contact does as well.

See you next Tuesday - indeed.

UPDATE: Still no update from the Hell in a Cell. Is there a media blackout?