Update From Charlotte Bellis - Everything Is Mighty Fine Under The Taiban!!

Charlotte Bellis I will remind you is the gorgeous young blonde thing over in Kabul living a life in a parallel universe.

I think she is now trolling herself.

She does remind one so much of this woman who swears black and blue that the Mongrel Mob are you know, alright fine reformed blokes. 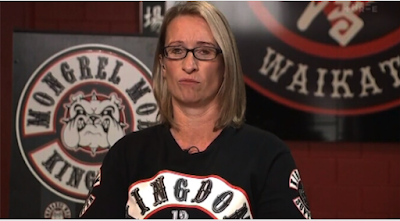 After giving $3 million to the Taliban, the analogy with dealing with the local gangs by Jacinda Ardern is just too uncanny.

Foreign Minister Nanaia Mahuta announced the aid last week, saying $3 million will go to the International Committee of the Red Cross and the United Nations Refugee Agency in Afghanistan.