Since March 2020, Jacinda Ardern has cancelled the weddings of many a New Zealand bride.

Bridezilla will not be cancelling hers.

Rumoured to be in Gisborne with rooms booked chocker between Christmas and New Year, a few hiccups have occurred.  One venue is rumoured to have quite rightly not allowed Bridezilla to bring her own Chefs from Auckland.  How very Auckland.

Newshub are framing it as such

The Opposition is framing Ardern as the Grinch who stole Christmas - not letting Kiwis come home.

The COVID Christmas clash is on.

The whole issue is more important than just Christmas.

Bridezilla will do NOTHING to stop her own wedding.

Summer is NOT going to be cancelled even if there is another outbreak of Covid.

All of a sudden there will be new confidence from Labour luvvies in the efficacy of the vaccine and of contact tracing.

MIQ allocation has become a sad joke.  The media lap up every allocation with sob stories of those actually needing to return to New Zealand.  They did this today.

The media then revert to publishing columns from the Ninth Floor team of tame scientists and "experts" down to tea leaf readers.  To appeal to the other readers who are too afraid of a sniffle by now to even contemplate the joy others may have of returning to their lives pre-Covid.

While Australians will be going overseas and coming back to their own homes to isolate, New Zealanders can look forward to another cancelled summer of sporting events with teams such as the Indian cricketers, now just refusing to quarantine.

It leaves Bangladesh, The Netherlands and South Africa as the Black Caps’ three inbound rivals this season, before seven visiting women’s sides arrive to take on the White Ferns in the 50-over World Cup from March 4 until April 3.

There will be no re-opening of the Transtasman bubble, there cannot be as by Christmas Australia will have a completely different strategy to New Zealand's.

It will be a summer of New Zealand acts playing dreary songs to festivals filled with by now very pricey, very cut, drugs to get you through.

Unless they come in for the wedding of the year.

One can only hope that every guest at the wedding who has travelled back from overseas in the "Year of the Vaccine" will have a media blowtorch put on them to see just how they got in to the country.

New Zealand will never see a more divided country than those who now wish to open up and those who will forever for financial or personal reasons, wish to inspite of receiving a vaccination, stay on the taxpayer funded couch and hide.

Ardern is not the grinch that stole Christmas, the continued zero Covid lunacy from those who now are exhibiting signs of Stockholm Syndromed mental illness, are stealing a lot more from all New Zealanders than that. 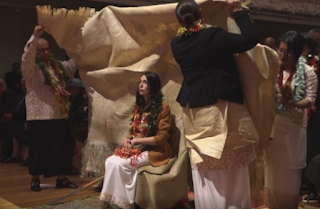