As Auckland out of sheer desperation, races towards overall vaccination of the imaginary 90 percent goal of kiddies + 12 age, that already has exceeded 16+ Sydders and Melbs, there is only one thing that will stop Labour releasing the gates. 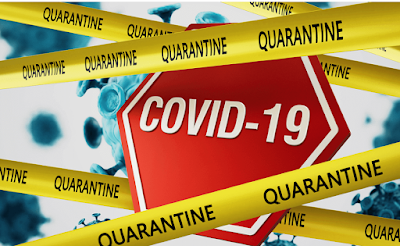 Maori. MMMMMM aori. Say it. Say it Jacinda on Monday. If you have the balls to even front the presser:

Dozens of Maori representatives met with the Maori ministers over Zoom on Friday night, when they were shown the traffic light system.

A second meeting took place on Saturday night, allowing for greater feedback on the new regime.

A final meeting was scheduled to take place on Sunday, when recommendations to Monday’s cabinet meeting will be finalised.

All who spoke to AAP said they wanted a specialised Maori response alongside the traffic light system.

Maori are holding the PM hostage to their own response!!!!!!! Go up to the start if you have got this far and please read this and hit the link again.  It is outrageous.

This is why Auckland CANNOT OPEN?

Basic brownmail. From your own Maori Cabinet. Pussies. Scared.  F for fail as they have not convinced their “people” to be vaxxed to the max.

At the moment there is a very big problem. Even after a Vaxathon with constant references to Te Reo much to Ali Mau’s  delight…

If Labour believe their “experts”, because Maori in Auckland haven’t reached 90% for the demographic then we will locally and international be waiting forever for them to get their shit together. They will not.

If we don’t wait, according to far left wing Maori radicals in the Maori Party, this means instant death and destruction from colonisation, cultural genocide.

The Maori Party of course  want us to still believe Maori are as hopeless as they were in the days of the Spanish flu,  live in 2021 in closely held mud-huts and are cultural morons.  They do not want us to give credit that most Maori are sophisticated and middle class, at least 25% white “mud blood” and thanks to lashes of colonialism are currently living in a very OECD western country with access to the very awesome white privileges and a health system  internationally that flow.

Has Sydney taken into account when opening the 70,000 Maori living there now? Of course not. They are Mozzies and have sorted themselves a vaccine if they want one because they’re not “vulnerable” retards.

MIQ presently is stacked with double vaccinated returnees from foreign countries who have all tested negative. At least three times.

Right now you have a better chance of contracting Covid leaving MIQ and going through South Auckland if you stop at the supermarket, KFC, Chemist Warehouse and a Bunnings than when you did arriving at the border.

This Maori expert has suggested 1728 Maori will be infected with Covid by 2nd November.

However there around 4000 MIQ spaces a fortnight and they’ll be filled by now, and the choice is this. Who is gonna be in them?

Apparently Maori have trouble self isolating as they live in large families thanks to colonial oppression. Let’s accept this patronisation.

These families then are sitters to get COVID. I will accept this. Again patronisation.

They need to do 14 days in isolation with constant monitoring from nurses to ensure they don’t die and spread the virus surely?

Why then are returning “youse are just rich” NZers sitting in MIQ when we can all afford to isolate on our own for a few days and get health checks, even though we don’t have COVID and can prove it with tests we have paid a small fortune to have overseas?

And Maori Covid positive in NZ right now not taking all our MIQ slots in hotels?

Chris Hipkins dropped the bomb this week that “some” people will be sent home if actually positive with Covid to self isolate if officials believe this is possible.

Well Maori will not be in this will they,  as the ones getting COVID right now apparently live in sub-Standard housing with extended family?

It should now mean - Maori In Quarantine.

Put Maori in there. Fill MIQ with Maori: for their own good of course.  Let’s see how many come forward for tests because I advise as an admitted Barrister and Solicitor of the High Court of NZ, that they should not.

Why would they? I am on their side.  More on my profession's piss weak response later to basic human rights and freedoms during this mass hysteria...

Do NOT get a test if you’re likely to be positive.  Or a close contact.

Stay at home.  Unless you are actually sick.

If the chance is you’re positive you’ll be off to the MIQ gulag.  Why put yourself through this bs?  For a virus that you do not actually know you have until you have been tested?

And even then the testing kits aren’t 100% accurate.

Every Maori in an expanded Whanau situation should not be tested for Covid. Don’t do it. Symptoms or not they’ll send you to our arrival MIQ  gulag.

They will treat you as badly as fully vaccinated new arrivals.

And you have seen that.

And it is crap.  14 days in the clanger with crap food, no freedoms and no chance to earn a cash income.

Why would any sane person volunteer for the chance of this?

Let’s test Maori resolve for the whole idea they are “vulnerable” when COVID hits. Let’s segregate Maori out now for their own health, on their own demand. And see how they handle it. Maori should be isolated in pen size prison boxes for 14 days when they get the COVID.

Release everyone from MIQ 1.0 who can isolate on their own and use these hotel rooms to prepare for the casualties of Maori about to hit according to the experts............very shortly.

Put up or shut up.

No chance in hell.

They have banned even ICU nurses from coming in without a border pass (I have proof of such), regular nurses haven’t a show. The cops don’t want a bar of policing this bs and the military have been sent to MIQ to stop people illegally detained from leaving when they’ve proven 3 times they don’t have Covid. An illness so terrible most people do not even know they have until a stick is shoved hard up their nose.

Who is going to check this system?

The public sector take forever to put in IT contracts? They cannot run an IT system for the IRD, what chances for the monitoring required for home isolation?

They refuse contracting with big business.  They have ignored every piece of free private sector advice so far.

For a virus that is now in the community with cases completely untraced by contact tracing.

New Zealand is now a laughing stock of the world.

Jacinda Ardern  has not managed this situation: the business persons trial to the end of 2021 is only happening as they cannot manage the real thing. NSW thought about it and even with their resources realised early on it was an impossibility. They flagged it and just went open borders.

Little wonder the hard left now want to rename it Aotearoa and start again hoping the world has forgotten that when hard calls were to be made.

Jacinda Ardern cannot even decide her own wedding date and venue.  She has changed this multiple times.

If you cannot commit to a wedding date how the hell can we trust her to commit to a date to open the country?

Let alone a day to release you all from the merry hell you’ve been living in.

Even Dictator Dan Andrews in Melbourne has done this after a world record lockdown!

The best thing that’s happened this Covid outbreak is that it’s hit the Maori and PI community.  Bless them.  I am cheering them on.

Do not hate the players.

Hate the game. And Jacinda Ardern and Labour IS the game.

Do not get tested in New Zealand right now unless you have actual symptoms and are really really sick. You will get separated from your family and face the merry hell us foreign arrivals face.

That’s my advice. Other than to get vaxxed. But even after that, what’s the point!!!

Give us a point on Monday Jacinda/Grant//Hippie