I attended a World Cup final this weekend.   No it was not the "team of $55m" wonderfulness final. 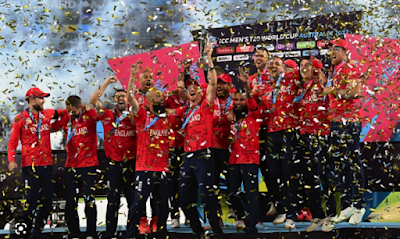 I didn’t have the very best seats but the ones I had cost $A225. I don’t mind that as I love cricket and I have gone to every New Zealand game for the tournament including both semis and final.

There were 80,000 people at the game last night. It was loud, proud and not a moment of woke but for a worse for wear elderly Aboriginal lady briefly welcoming the Australians and Pakistani immigrants around me to their own country.

Once again the world was reminded that the coloniser in England does not owe Pakistan or India anything.

For they gave them one amazing thing among others that the Poms have still not received reparations for  - Cricket.

India and Pakistan are crazy about it. A final with them both would have been a 100k crowd that would have been amazing and even louder and I would have been there. In any case my colonising relatives in England including Stokes the New Zealander and a couple of Indians,  gave both sides a thumping so deserved to win.

The day before, Eden Park had half the attendance and tickets from $5 to $NZ50. It was on free TV and God help anyone in the country who dared organise anything that same nightZ The team of $55 million have only allowed positive stories to flow even to the extent of praising the bloody referee. For she is a woman.

You can have the “hearts and minds” all you like and “social media smashing” but there is no value in that unless you can have people like myself pay A$225 to come and watch you.

As a demographic. we run sports.

We own them.  The sponsors and administrators know this.  They look after us.

Not screaming wokeys and brokeys and kids who can’t pay proper money for seats at sports. Yell and scream all you want on social media. The ambition ability gap is large.

Piss us off, you cannot afford to replace us.

We run the sports world.  We are mainly middle aged, white (or Indian and Pakistani for cricket) and most of us do not care about woke woofter politics.

Like it or not you need people with our disposable income and ability to pay ridiculous prices for following sports and paying subscription TV around the world, to pay the huge salaries of these stars. Sponsors want our cash. Not that of kids. Kids cash of course is coming from our demographic from the bank of Mum, Dad and the grandparents.

That’s why when our sports stars turn woke we turn off and do not pay the big bucks.

Like last night. Two teams in a game I do not care about who actually won.  I will go watch it and pay a small fortune to do so.

They were all magnificent especially Ben Stokes.

Shaheen Afridi proved why Wasim and Waqar as fast bowlers never put any effort into fielding when he snapped his huge carcass almost literally in half taking a great catch. After that the game was over. Old Pakistan came to haunt us.

The highlight of any trip to The G these days is hearing the announcer commentate “bowling from the Shane Warne stand end”. It’s an enduring legacy every cricket match he will have.

Families and people paying $NZ50 and $5 for the kids won’t get you there. They aren’t paying the salaries of the superstars.

At the grounds and for the streaming services.

To a woman’s World Cup final where actually defending appeared very optional when you see the tries and New Zealand managed to scrape through against a team with 14 players to defend a trophy they have won 5 times since 1998.

In other words if you know anything about sport this is a tournament NZ is expected to win.

They'll be no parade while Ardern is off interviewing for her next job.

Whanau met with Robertson today to discuss the idea. Robertson said the team itself was on a two-week break currently with family and friends, so they were working on something for when they returned.

He said at the minimum they were looking at an event at Parliament, as had been down for the All Blacks and Silver Ferns netball team too.

So yeah nah not til Cindy is back...... "spending more time with family" cough.

I recall the 2015 World Cup men’s final at Twickenham, the ticket I had cost upward of ten times what they were charging for the best seats at Eden Park. I’ve been to the 2019 Cricket World Cup final at Lords. My seat cost even more than that. I will never pay that to watch women play cricket and I played women’s cricket.

If you want pay parity you have to have income parity and wealth parity.

New Zealand should chuck out a gofundme if they wish to reward the Black Ferns for winning the tournament. All those MP’s and celebrities pimping out the woke, didn’t pay a cent for their tickets, nowhere near my $A225 to watch the T20 cricket world cup final. They're all bludgers.

I would be the target market to pay if I was in Auckland. And I would not. For a start they would tell me  I was in a place in a language less known to me than my second language which is French.

Let the people who attended the game  now donate to players they’re loudly screaming I assume the taxpayer to now fund.

Rugby isn’t an international sport. The women had a cricket World Cup in March. Then winter came. We win a rugby World Cup for women and now it’s summer. By April, school kids would have forgotten who these women are

Now there will be more games. That’s fine, but on their own you won’t get 50,000 people paying on average a man’s price to see a game.

Then there is the woke.

That’s where sports is heading. Every sponsor in fossil fuel energy, soft drink, alcohol, cigarettes, food has been deemed politically incorrect. The woke then cry to the government to sponsor them through you the poor taxpayer. The

If you gave the Black Ferns a share of winnings they’d be paying the organisers.

And that’s why while it is nice they won the World Cup and I am happy for them, I expect them to as they've done it many times before and women's rugby is less popular than Uncle Tetsu for breakfast.  They are the defending champions and apart from their then terrible snarky attitudes and aversion to health and fitness, there was nothing wrong with the team a year ago. Two old white blokes called Wayne and Graham cane in when their own team couldn’t find offifiala.

I won’t pay to see them play, unless it was on TV against Auckland Grammar or Kings 1st XV boys.

And they will lose those games. As our netballers did against men’s netball.

And when will Robbo the sports champion demand parity for men’s netball?

And schoolboy rugger that the woke schools have banned from TV. 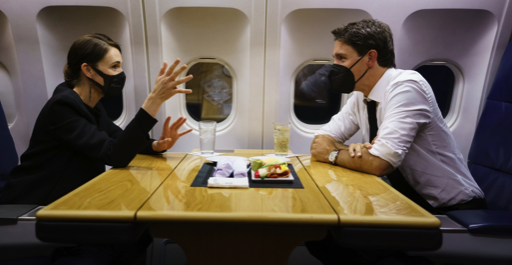