No exercise? Really? I loathe this sort of targeted PR driven bullshit online with ridiculous claims about how losing weight is easy for women.  It is not for men either but this one spruiked in the Herald and Stuff today particularly disgusted me.  How much has her PR agent paid for this publicity because it is all over the place? Bridget Davis first appeared on television at the end of 2018 spruiking her weight loss.  Her weight loss is not a recent thing, she did this last year promoting her previous book and her Facebook promotion page shows her quite lean for a few years at least. Particularly gross were the claims this time: "I have not exercised".  "As a middle-aged woman with three children, I thought being overweight was just part of life".  "Now that I realise that I was just putting the wrong things into my body and have taken those out of my diet, I have more energy than I've ever had, my mood swings have elevat
Post a Comment
Read more

Golly Gosh People Are Starting To Get It.... 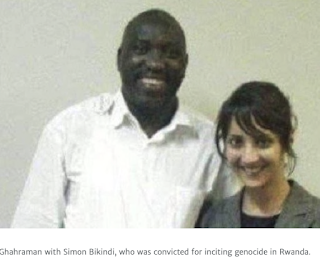 Finally people in New Zealand are wisening up to this cunning, brazenly manipulative, nasty piece of work.   Golriz Ghahraman is a dirty political player of a kind we have not seen in New Zealand before.    It all started when she has been proven to be not quite the person her CV says she is as she didn't flee Iran, she came to New Zealand for better economic opportunity.  She is as much a refugee as fellow Iranian Gilda Kirkpatrick.  However Gilda is a lot more honest and in many ways smarter.   Not only was this backstory  given coverage on a website that no one in the NZ media appears now to speak of his name , but the thoughtful Phil Quin.   Quin made the mistake of fearing for his livelihood and at one stage was silly enough to issue an apology, he has since manned up and given it another go. Golly Gosh has moved on to better things and now is a passive aggressive, victim player who politically weaponises her own supposed death threats!   This time trying to paint the mil
5 comments
Read more
More posts