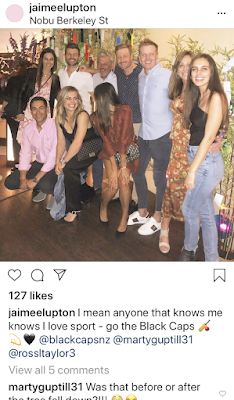 Trolling Trolling – (verb), as it relates to internet, is the deliberate act, (by a Troll – noun or adjective), of making random unsolicited and/or controversial comments on various internet forums with the intent to provoke an emotional knee jerk reaction from unsuspecting readers to engage in a fight or argument  Apparently Tom Latham is a "world class" keeper.  I dispute this but Craig McMillan has put a line in the sand, the blinkers on and said this   in what can only be described as a massive troll: "Obviously [Guptill and Latham] are short on runs but we're excited by the fact that we haven't quite clicked as a batting group yet. But we're still at this point. At the start of the tournament the goal was to get to the semifinals because then anything can happen." We have to actually make the bloody semi-finals and of more worry to date we have yet to beat a team let alone convincingly that is actually any good.  We have only really
2 comments
Read more
More posts