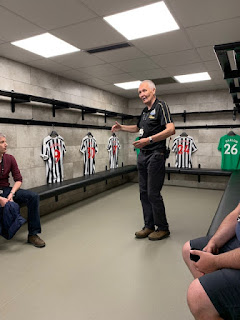 I had the afternoon off on arrival to Newcastle so instead of a much needed sleep, I took the rare opportunity while staying next to St James’ Park to visit Newcastle's home ground with yet another football stadium tour. On it I met several England cricket fans who were going to the game the next day.  Sledging resulted whereby I won because the guide mentioned the All Blacks visit during the 2015 World Cup to the ground and I managed to ask him what team won the 2015 rugby World Cup. He then had to say the magic words in the All Blacks. Our guide was a fabulous bloke in love with the club and in hate with the owner for Rafa Benitez recent departure. Sadly unlike the Manchester tours, lifts were at their premium and I had to hobble up hundreds of stairs but the tour didn’t disappoint. Newcastle has a rich history from Sir Bobby Robson to Sir Bobby Robson with lashings of Alan Shearer and Paul Gascoigne in between. The history was gloriously bad. To stretch the tour 90 mins rea
1 comment
Read more 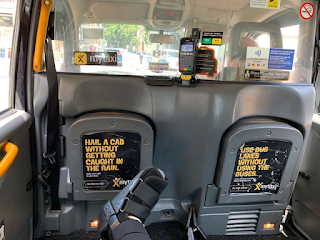 Back in London I had to treat myself to a quick trip to the local doctors in Mayfair for a check not on my now throbbingly sore ankle with blown ligaments, but a nasty ear infection. I correctly diagnosed it oozing a darker shade of nuclear Aussie green as needing a week of antibiotics. Some doctors and chemist visit with an 160GBP bill for my insurer later and I had enough painkillers to calm a lion. Ironically from a French doctor so he made up for his weaker prescribing Monaco colleague. The downside has been the need of a nana nap in the afternoon. Without the drugs however the ankle is a lighter shade of hell to get around on. Following his instruction to stay off the ankle completely, I had a mildly busy schedule for the next 5 nights in London. Two trips to the Royal Albert Hall for Tony Bennett and Gladys Knight, Australia at Lords, a dinner at a mates place out in the suburbs and a trip to Wembley for the Pink concert. I will write about the fun stuff later but on to busi
Post a Comment
Read more
More posts