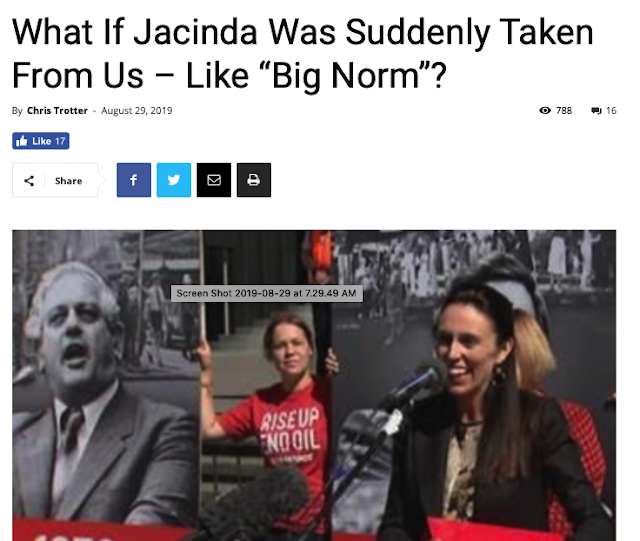 When a commentator of any political persuasion runs out of things to say, they write a column pretending the current leader is dead.  This one is possibly the most unusual yet given the comparisons.


This is not Chris Trotter's fault, it is though of his left leaning woke mates running NZ political commentary.  They cannot possibly fawn over the failing LED light that is their Dear Cindy anymore as even they cannot pretend she is more than stardust.
They have to now pretend what would happen if the 39 year old in physically good condition, fit and healthy - would die!
Big Norm didn't die suddenly, he was obese, unhealthy with diabetes and dysentery and had a terrible lifestyle.
Kirk ignored advice from several doctors and from Bob Tizard and Warren Freer to "take care of himself" and to reduce his heavy consumption of Coca-Cola and alcohol (beer, plus later whisky or gin), saying he would have a "short but happy life". [18] Though a non-smoker, he had diabete…
Post a Comment
Read more
More posts