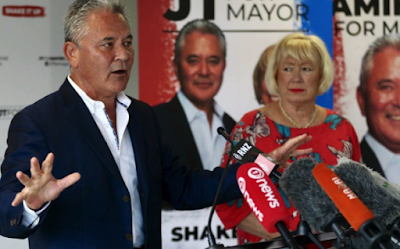 I am sick of the centre-right trotting out Chris Fletcher as a candidate we are like sheep, instructed to vote for. I have stoically refused to vote for her on any ticket since time began.  Why don't the good people of Auckland feel the same?  She has been around for now approaching her third decade in politics, the centre-right deserve better.  She IS part of the institutional problem of politics. She was a terrible National MP, emotional, weak and a very poor example to  and of women.  She was also a toy-chucker who other than having married a Fletcher and borrowed their surname never belonged as a Tory.  As she grows near pension age she is merely taking a spot that should go to younger professionally qualified talented political candidates. Yes she is taking a token spot that younger women should be given and when I say younger I mean even women in their 50's who have actually achieved something before standing for office. After disputes with the National Party
2 comments
Read more 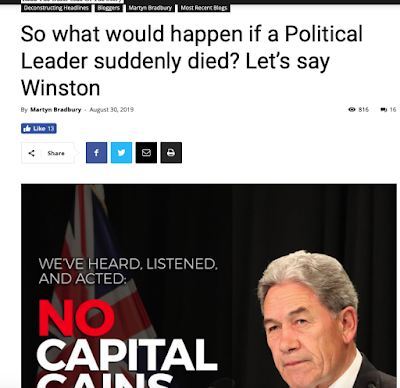 As explained yesterday when commentators start dreaming of the death of a politician they have run out of material.  It is getting all a bit distasteful. Today Martyn Bradbury is proving the point again. Let’s say Winston being in hospital for an old rugby injury right now wasn’t true and he as Leader was actually very ill and died. Really? There is not a cockroach on this earth or their great-grandchildren, that Winston will not outlive.  ENDS.
Post a Comment
Read more
More posts