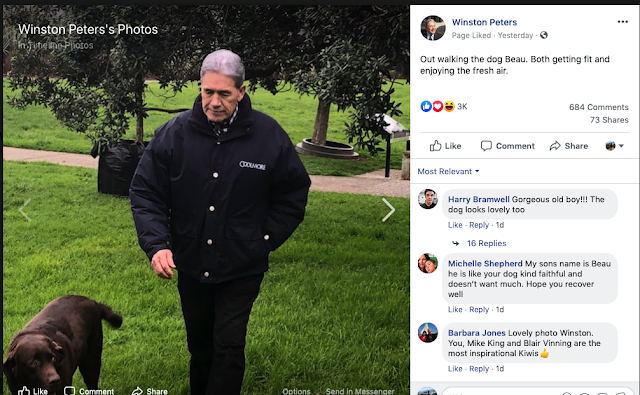 Kelvin Davis is just continuing to amaze me with his breathless stupidity and arrogance.  How the hell did he even get to be a school Principal? What does that say about all the teachers at the school who couldn't make Principal? Seriously, in one swoop he has managed to not only further  a) undermine the victims of an alleged sexual predator in the PM's office b) mis-use Maori Language week to show how we cannot have two languages used in Parliament where precision of words is required. c) be shown up by speakers of Te Reo when arguing over translations  d) appear sexist and patronising when he tried to shoot down Paula Bennett for not being a fluent speaker, when according to elder Shane Jones, neither is he! #metoo downtick #tereo downtick #sexist downtick #stupidity downtick I think Winston Peters knew what was coming this week so decided to keep working rehabbing on that "rugby injury" with his dog Beau.  In between the opioids for t
1 comment
Read more
More posts