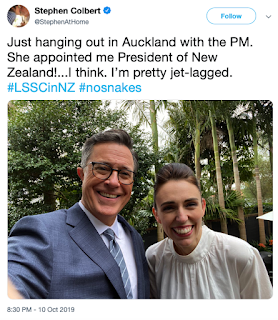 Abiy Ahmed, the prime minister of Ethiopia, was awarded the Nobel Peace Prize on Friday, for his work in restarting peace talks with neighboring Eritrea, ending a long stalemate between the two countries. Cool. Not quite sure how someone can actually win a Peace Prize when millions of people within his own nation have been displaced since his election.  Our Prime Minister has not achieved that.  He freed the press into Ethiopia yet doesn't exactly have an open relationship with them and ethnic unrest proves peace does not begin at home. Even The Guardian thinks he is a bit of a see you next Tuesday. More than a million Ethiopians were forced from their homes by ethnic violence in 2018 – t he highest number of internally displaced persons (IDPs) of any country last year. The worst of it took place in the south, where an estimated 800,000 mostly ethnic Gedeos fled the district of West Guji in Oromia, the country’s largest region. This is a higher number, and over a
Post a Comment
Read more
More posts