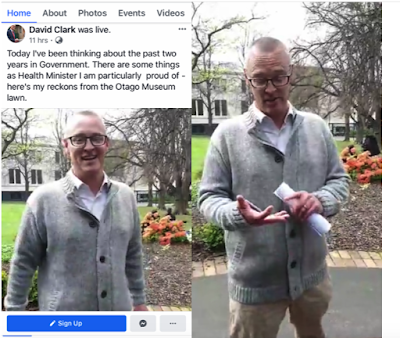 I know I am a right wing blogger but this really is a free hit. Chinos and a CARDIGAN. And the use  bastardisation of "reckons". Only Vernon Small could possibly think you have sartorial elegance.  Mrs Clark must want to throw that bloody thing into the basket for the homeless.  The Speaker of the House has an eclectic unusual dress sense for occasion, but that cardy would not make the cut for insulating his dog kennels. You are on the best part of $300,000 a year.   Start acting like it.
2 comments
Read more 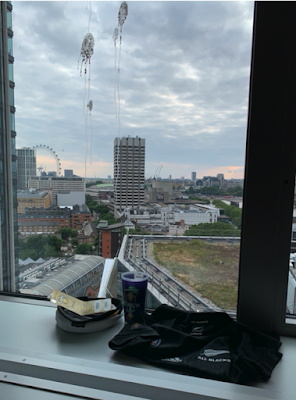 The meek would inherit the earth and the Canberra Raiders would be awarded the NRL premiership. And New Zealand would defeat England and go on to win the Rugby World Cup, as karmic payback for what happened at Lord's in July. Yes The day before the Cricket World Cup final I took delivery of the Rugby World Cup jersey ordered at Oxford St Adidas and this happened right at the new Mondrian Sea Containers right above my prepared kit for the final at Lords the next day.  A bird shat above it.  I am still too upset to write about that day.  What could have been easily the best day of my life (as I treasure winning the Cricket World Cup final well above a rugby one) turned into one of the most disappointing. South Africa will probably box-kick their way to the World Cup final despite not having beaten one top-shelf opponent, and in fact having lost to such an opponent (New Zealand) on the only occasion they were tested. Yes But if it turns out that there is no justice, w
Post a Comment
Read more
More posts