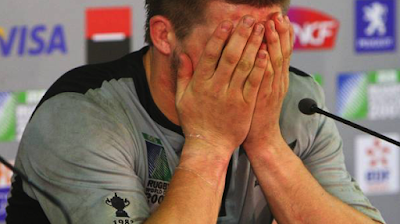 SBW didn't say, as the NZH leads with, that Steve Hansen's replacement should be a Maori or Pacific Islander, he just said a member of the coaching "system" should be.   What he did say was far more worrying than that. "One thing that I'd probably put to the NZRU, [is that] it would be good to see a Pacific Islander or a Māori in the coaching system that would have a bit of influence. "The way that the game's going and it is today, there's a lot of island boys, a lot of Māori boys that play for the All Blacks, and I'm just thinking how we can get the best out of those boys. "I know that there's a bit of space there for that growth. Cool.  It is forgivable he didn't come out and endorse Ian Foster but what SBW is saying is that Maori and Island players are not playing or trying their best in the current structure because they don't have someone of the same race to understand their feelings. Are t
8 comments
Read more 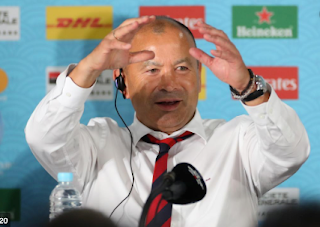 I do not know if it has released in New Zealand but there is no point in fully reviewing this movie other than to say I doubt very much the All Blacks watched it. They appeared to be too busy on social media and in vulnerability groups talking about their feelings, and of course respecting Allah with splinters from the bench. All I can say is that it is a must see for NZ rugby fans to see precisely how under Eddie Jones, we got dicked by the Poms.  If he did to the Poms who are a proper rugby playing nation with actual depth of talent, what he did to the Japanese...... I haven't seen the Dan Carter movie (the pirated site I watch on hasn't even bothered copying it) but considering he is one of the most boring men in rugby and with it Chasing Great struggled to portray the perfect life of Richie McCaw in anything but the same way, I need not bother. At least we know Richie would have watched the movie immediately and worked out a strategy in his mindset around
Post a Comment
Read more
More posts