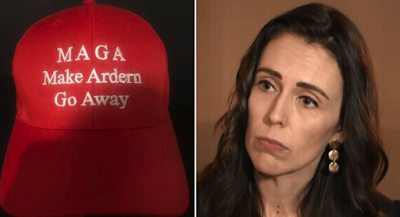 No I do not mean the rugby team, I mean Bill.  Now a socially conservative justice warrior. These hats have caused an outrage on Trade Me.  I propose that we now need a MEGA hat to make Bill English do likewise. Mock Helen Clark all we like for hanging around NZ politics like a bad smell, but at least she has successfully carved out a real life niche leading the socialists and woke around the world, troughed from a new tax-free source of endless funds and disappeared for longer periods of time. I had to stop my pen from shaking voting for National while Bill English was leader and it is my enduring memory of John Key that I will never forgive him for.  Bailing on us and leaving Bill English as leader of the National Party. He was and always has been electoral poison outside the most loyal of National voters.  His primary role of usefulness is counting beans and doing a budget.  He needed to stay in that lane. While National leader, English had to restrain his h
1 comment
Read more
More posts